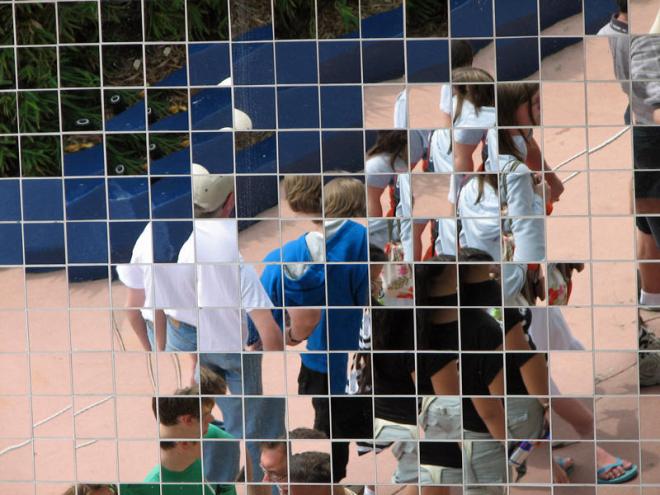 For some reason, as I get older, the logic of the human condition appears to me to be more and more absurd. It seems to me that we exist in a system of our own making that makes less and less sense. As might be expected, we tend to fall into the rhythm of an existence which is primarily defined by the environment around us. Such an existence is most often being followed by people around us, and so we are comfortable with it. In existing in this state some of what we do is based on habit, some of it is just following what others do, and some is based on what other people impress on us as being an essential element in our way of life and the way we are supposed to behave as humans. But, while all of this could give us some sense of direction and comfort, and also create an environment where each one can experience his or her own state of being, and a way of living, most of this framework is created completely by the hands of humans, by history, by the vision of a few folks, by technology, and in many cases, just by circumstances. It tends to create a situation where one can go with the flow and you do not have to make an effort to think.

Most people think they know “the truth” and apply that “truth” universally. It takes too much effort to get out of such a mindset. In most cases it is because we are completely immersed in their situation of today, accepting the culture and the social wisdom of the day in our experiences of the world without even thinking. But this has to be a false sense of being. While we might believe in some basic truths while living here in the US, the basic truths could actually look very different for a person living in another culture and in another country. Put another way, we live in the circumstances that we are placed in today and accept it as a “fundamental” truth, not even stopping to think that our fundamental truth is actually different from some other person’s fundamental truth, and not even stopping to consider whether a fundamental truth is really that fundamental.   We get trapped in the ego of our own experiences and think that we know everything, and we strongly believe that we are in the right. Propaganda works very well under such circumstances because we are unable to recognize a different kind of reality.

Then there is the concept of the society, an attempt for people to live together as little pieces of a larger social organism. As it becomes bigger, the organism becomes more complex. This complexity is partly possible because of technology, one of the products of “human intelligence”. But, as was mentioned to me recently by somebody wise, technology perhaps has the ability to be helpful, but does not provide the solutions to the problems of the world unless used properly. It is true that more and more humans are able to live together and become more “efficient” and “capable” because of the tools that technology provides, but at what cost.   We always find more ways to compete and be destructive using any new technology. We almost always find ways to exploit the systems in place for ourselves. Inequalities always seem to increase, and people are still hungry and lack in basic needs.  This effect is multiplied many times as you expand your vision from the limits of your own small community to the expanse of the whole world. In spite of belonging to a social organism, with many connections, people seem to be primarily on the lookout for themselves, while at the same time our ability to contemplate the bigger picture of the world we live in seems to fade further and further away and even become non-existent. We are on a course of positive feedback that seems to create more real problems even as it tries to address issues and advance humanity. This process will eventually result in destruction, even if the uncontrollable forces of the universe do not get us to that point first. We are stuck on a road to some unknown place.

I am not convinced that what we humans are about on this earth is actually a good thing. We are managing to increase our footprint on the planet in many ways, but there is no real objective for the whole exercise.  Should the extension of knowledge and the use of technology always have an objective of trying to extend what we are able to do, and also trying to control more and more of our surroundings? We can tend to be blatantly destructive in many of our actions even when we think we are doing what is right for the big picture, and we can also blind ourselves to certain aspects of this big picture. What is our ultimate goal? Are we trying to leave the world a better place than when we arrived? Are we trying to better the lives of people of the world? Are we trying to better the lives of people just around us? Or are we only thinking about ourselves?

Under the circumstances it seems that the best most of us can do is to just try to make the best of the situation we find ourselves in and follow the crowd for the most part. That is understandable. But it would be a shame if we do not also think for ourselves and act accordingly. And it would be a mistake to think that we have all the answers for things other than our own, immediate, condition. And I think it would also be a mistake for us to think that we are not ourselves contributing to the problems of the world in our own way by following the crowd.