Waking up in Homestead, in Pittsburgh, PA.

Our bikes arrive at the hotel.

With his proud family!

The riders are ready to depart. 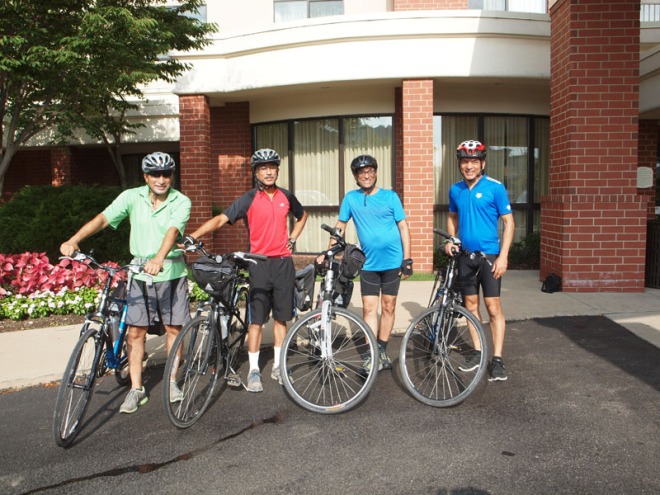 Riding over the railroad tracks near the Monongahela river. We see the old industrial side of Pittsburgh while riding through its outskirts. The city has seen better times.

The Youghiogheny River in McKeesport.

Climbing the hill!  This is after they returned back to the bottom of the hill after the initial attempt. They wanted to start the ride back up the hill in first gear!

Along the Youghiogheny river. 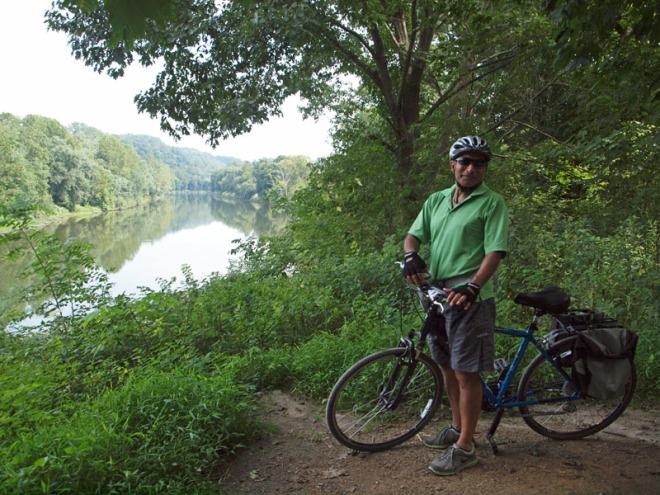 He had to get his feet wet in the river.

Enjoying theplas made by Kalpana. 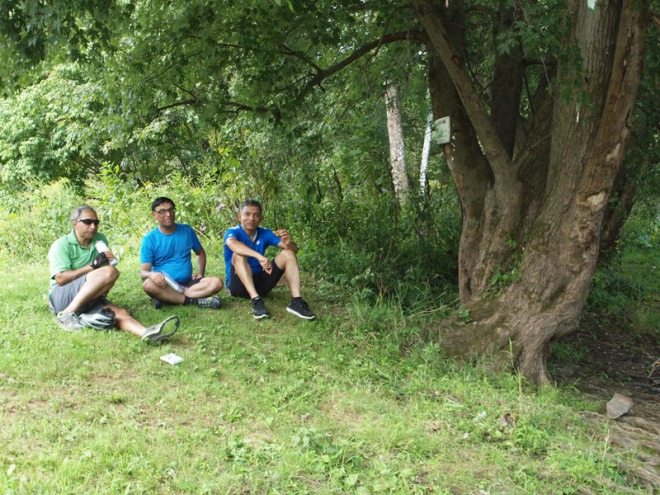 The red waterfall, which is basically waste water from an old mine. This is an unfortunate part of the legacy of industrial development in the area.

Bridge at West Newton. We crossed the bridge over the Yough into town for kicks, led by our fearless leader. 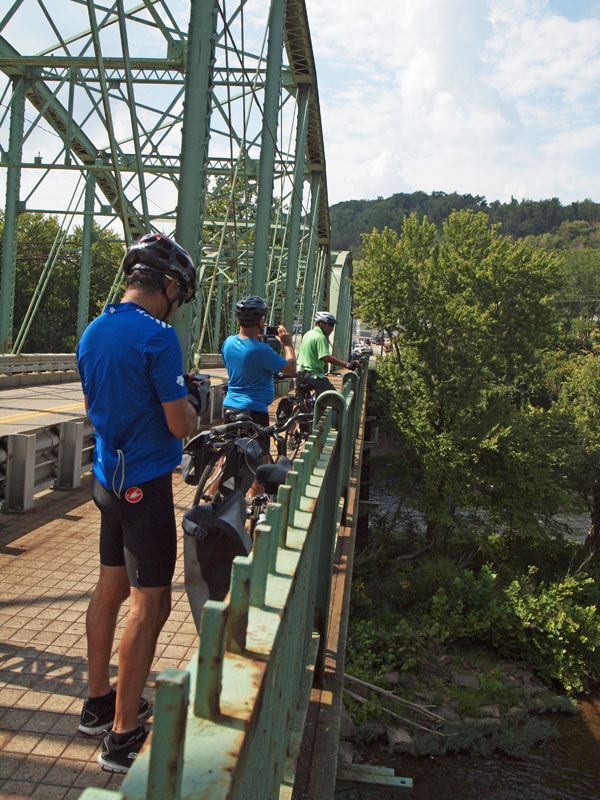 Under Interstate 70 on the trail.

Bridge over the Yough. 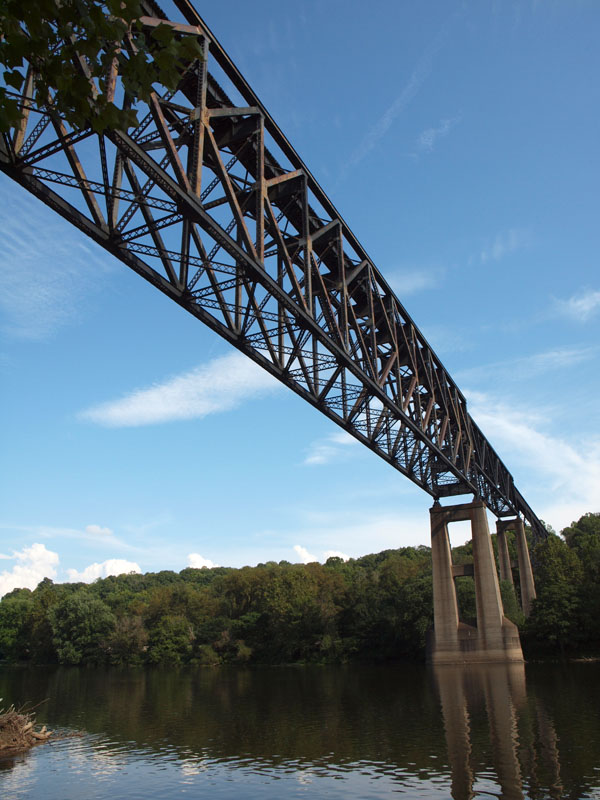 We are the champions!

Koushik goes to the Byzantine church in Perryopolis on Sunday. 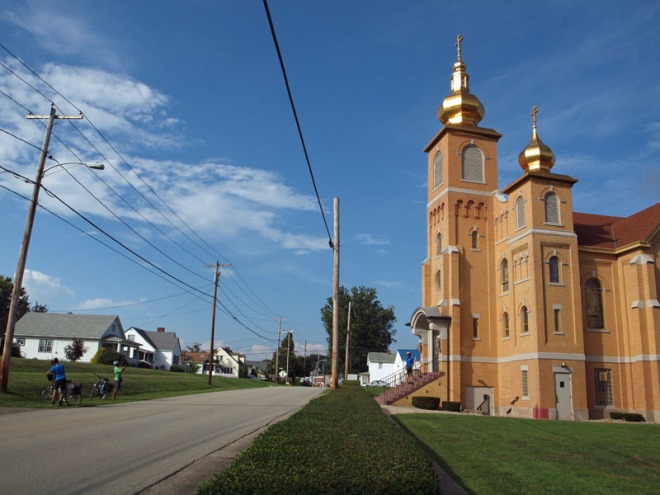 Chinese food for dinner at our motel. 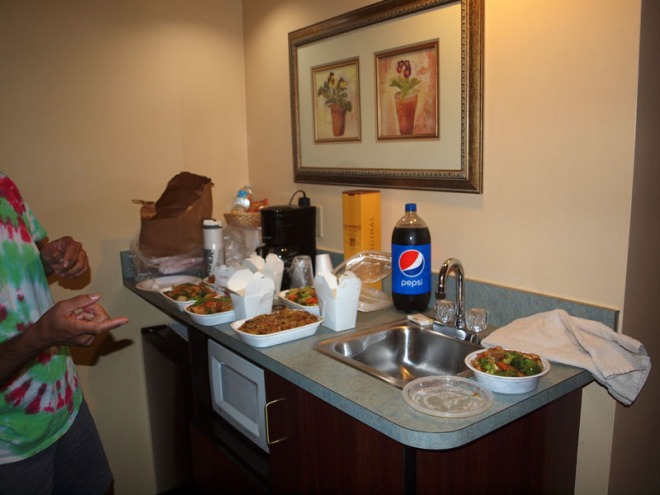