At the end of our fifth day of riding there is a sense of being tired, but also the sense that something unique and remarkable in our experiences is coming to an end.  I am looking forward to getting home, but at the same time I could do this forever!

Our ride from Hancock, MD, to Shepherdstown, West Virginia, was somewhat more mellow than the previous two days’ rides. It might have been due to the fact that we covered a shorter distance, and it was over flatter territory.  The experience on the towpath is very different from that on the more challenging and exciting Great Allegheny Passage.  We started the ride on a cloudy morning after a nice breakfast at the Riverrun Bed and Breakfast place that we had stayed at overnight.  Yes, there was stretching taking place before riding, and icing of sore muscles at the end of the day. 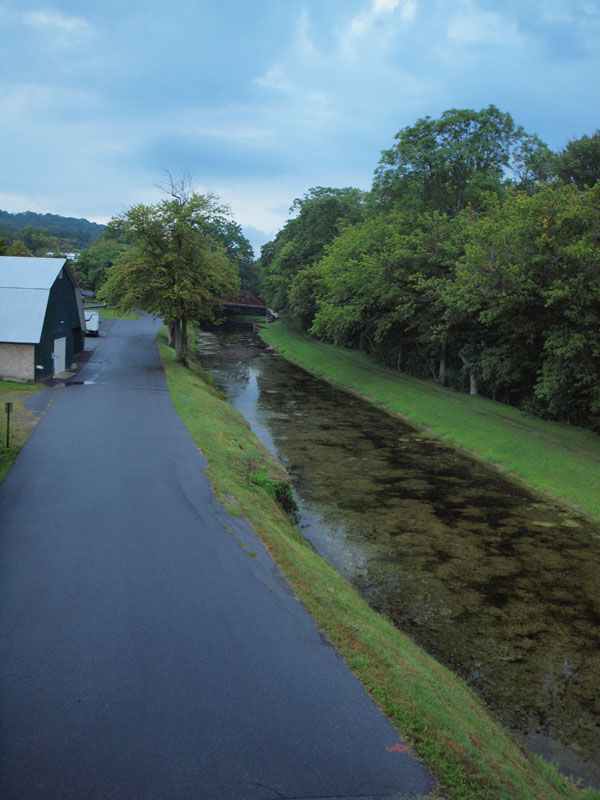 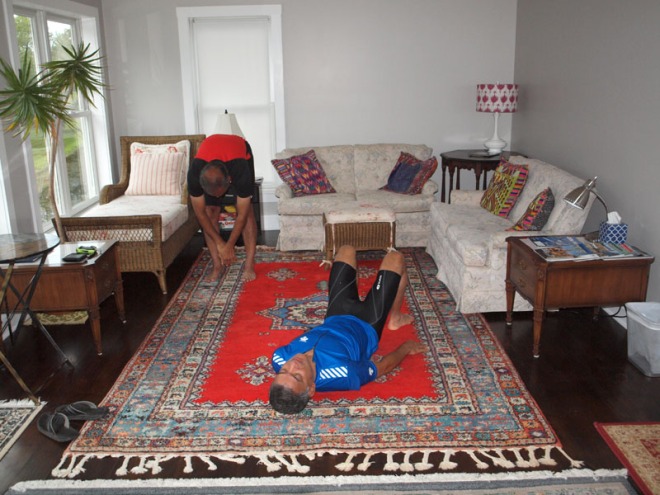 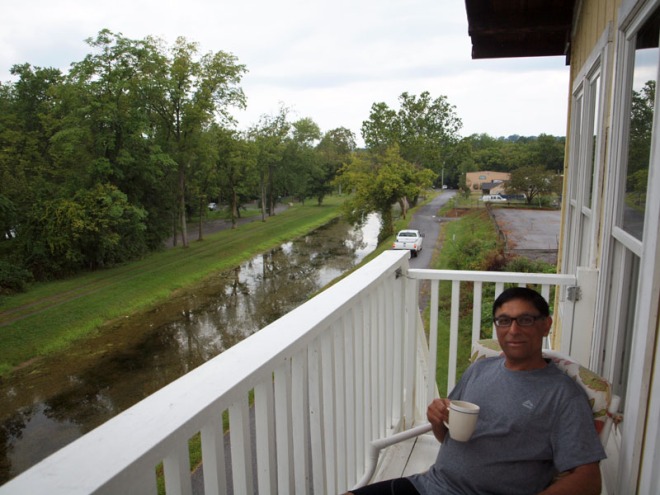 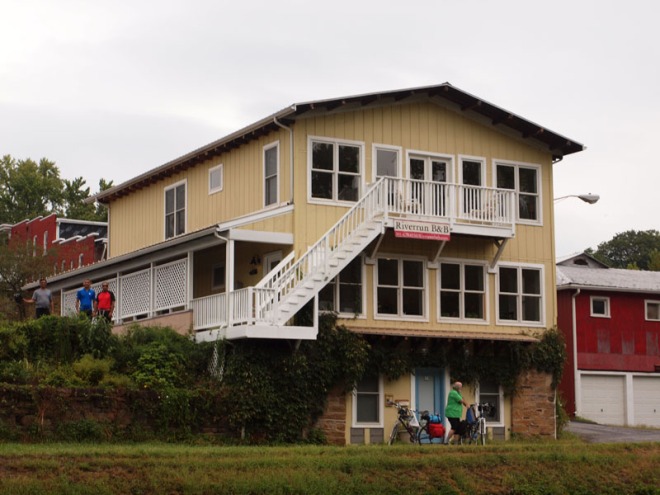 It had rained during the night, but it was not expected to rain while we were riding. The first part of the ride was on the smoother Western Maryland Rail Trail that parallels the towpath. 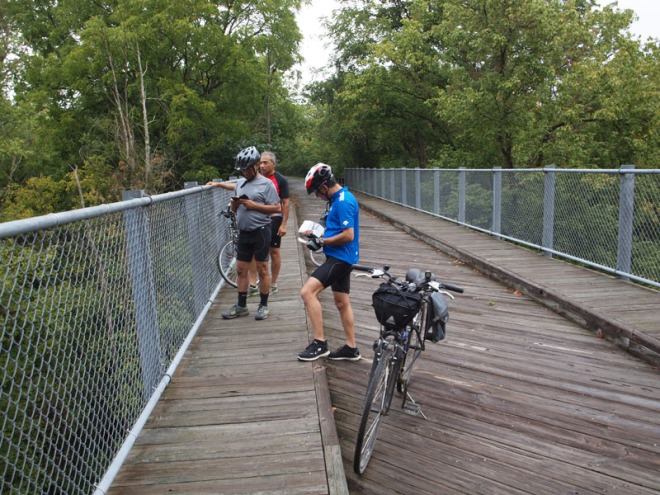 We stopped at McCoys Ferry for a break. 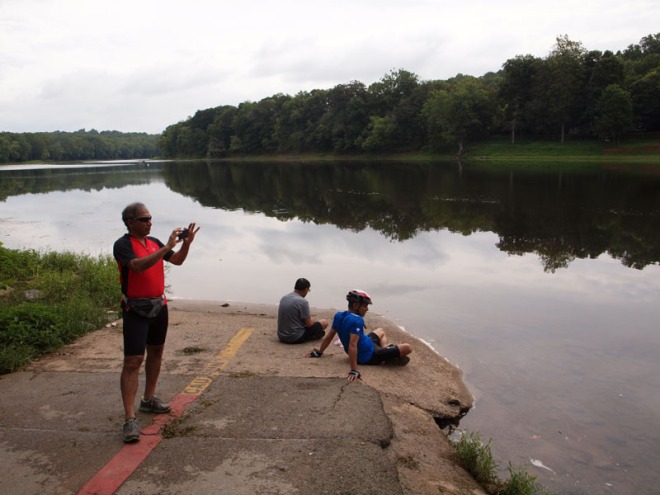 Then it was downhill at Four Locks. 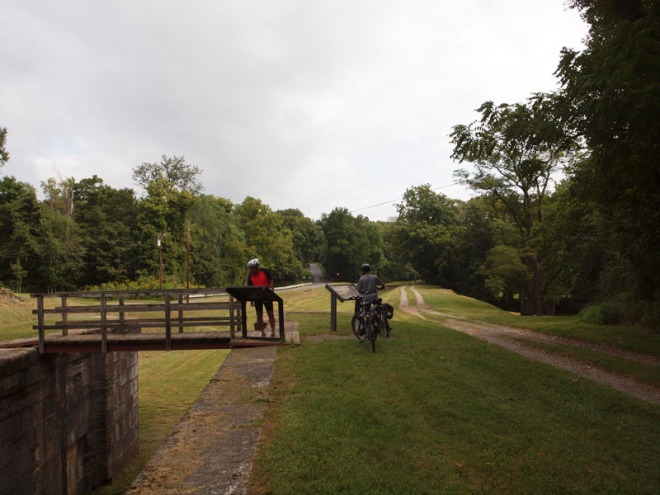 We rode by a slackwater area where the canal disappears for a short while. The boats used to be pulled along the river in this section. 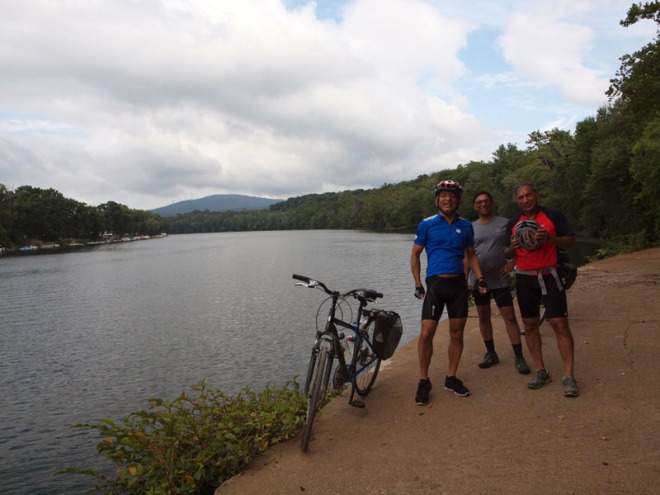 Dam 5, one of the dams used to route water from the river to the canal. 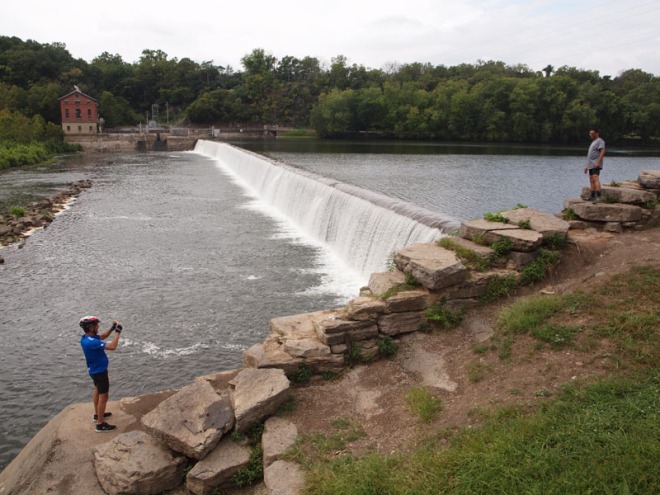 Then it was back on the towpath. 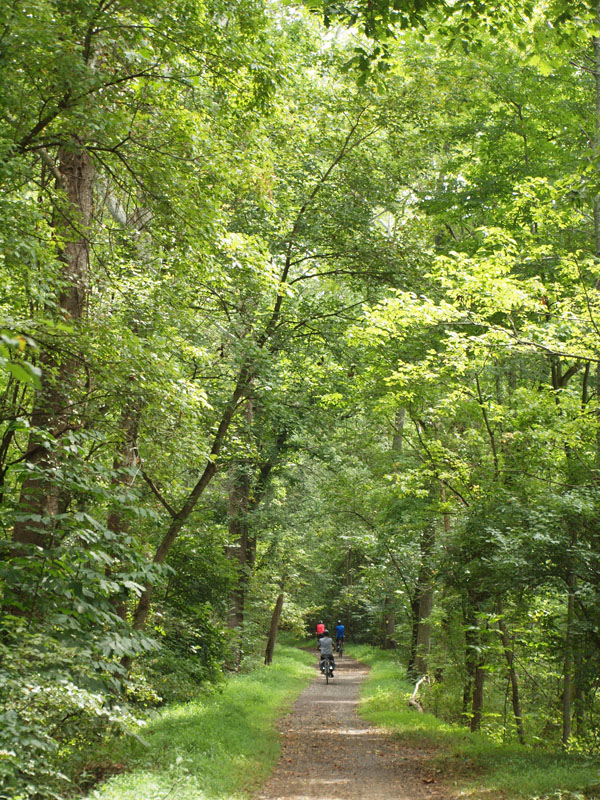 Lunchtime was in Williamsport, MD.  We crossed over the Conococheague Aqueduct to take the road into town. 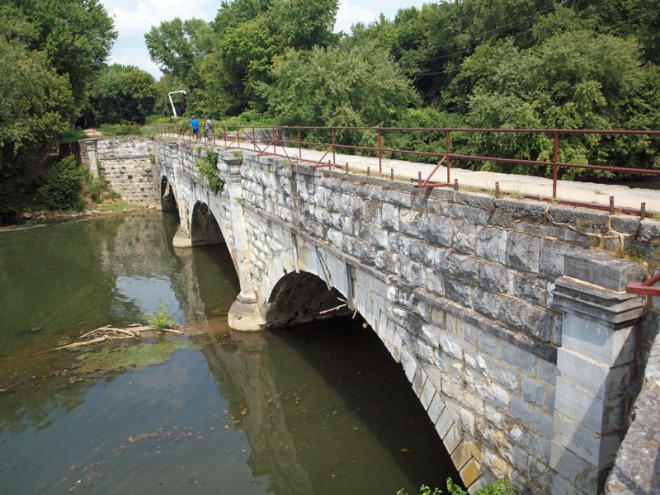 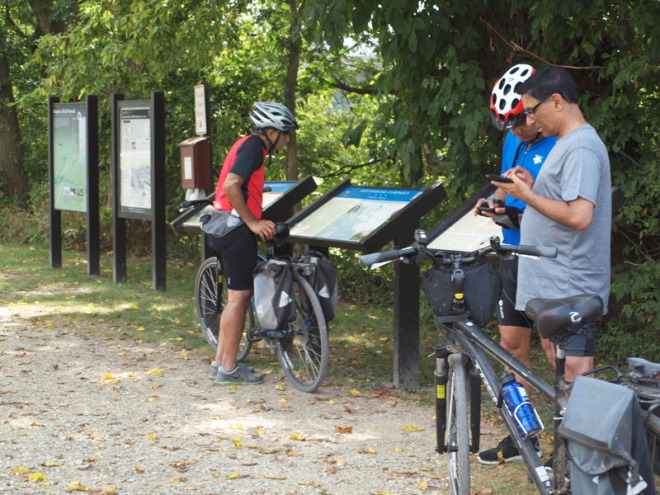 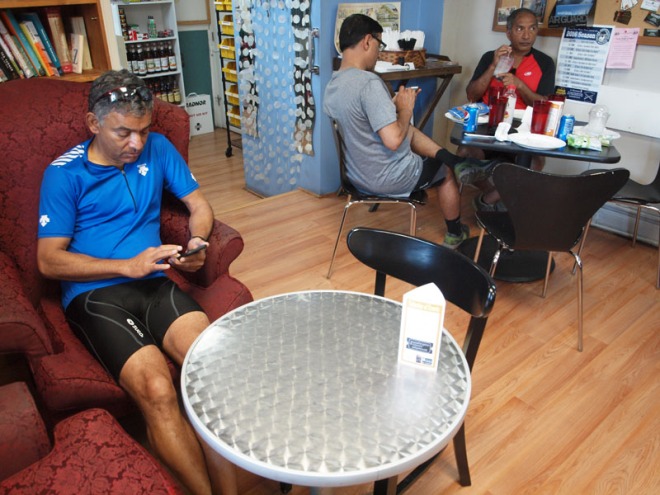 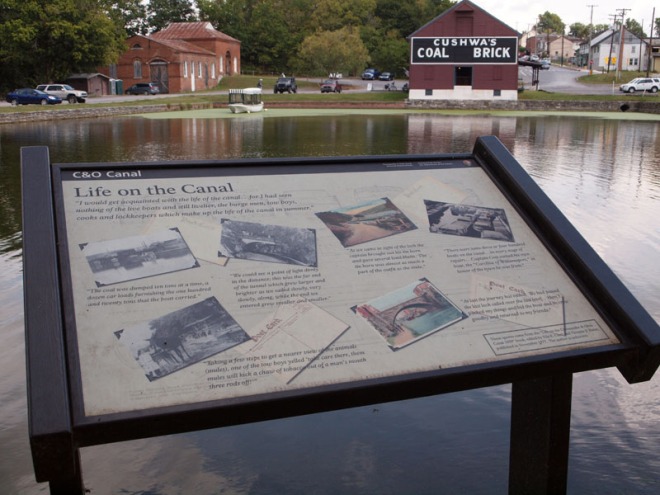 We took a short break at Fallingwater. 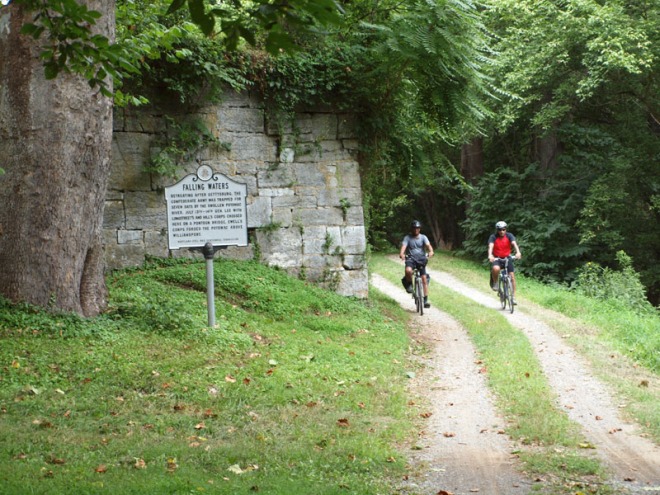 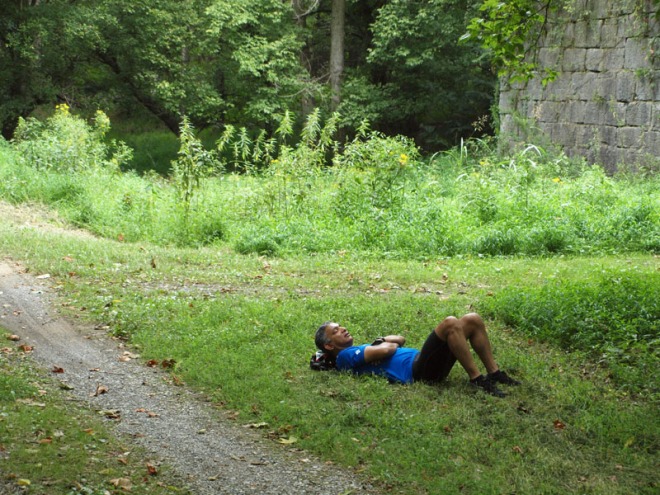 We had to take shelter during a short rainstorm. 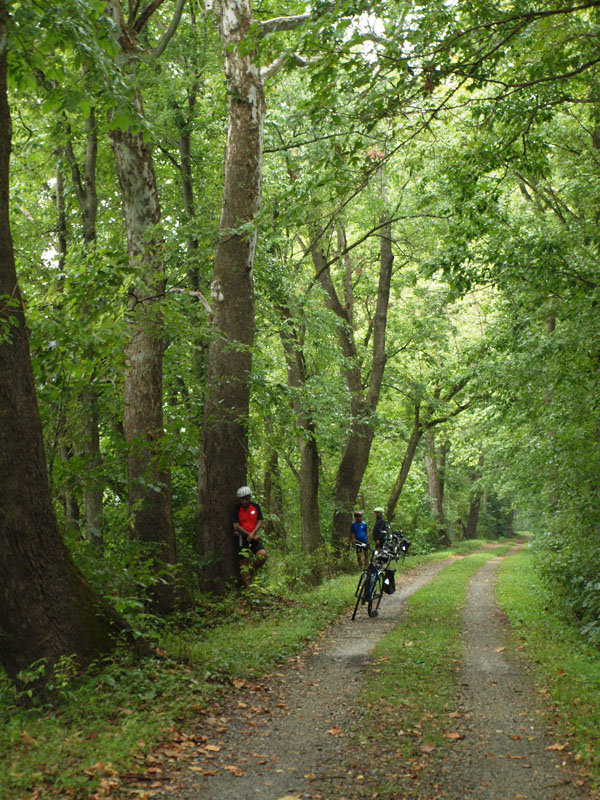 There was another short stop at McMahon’s mill. 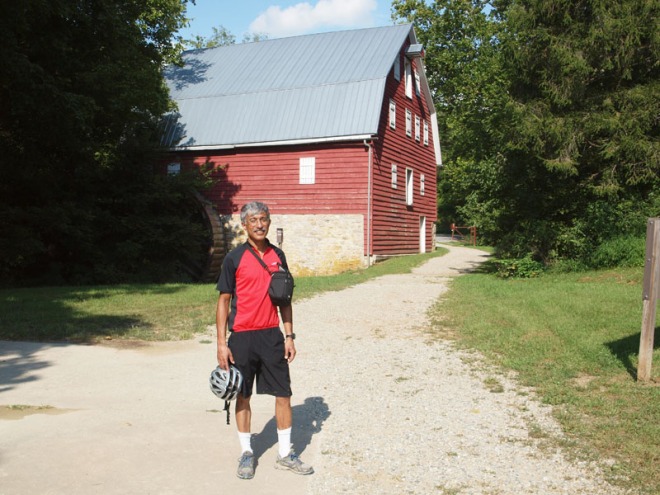 We encountered this turtle who must have been surprised by all the attention. 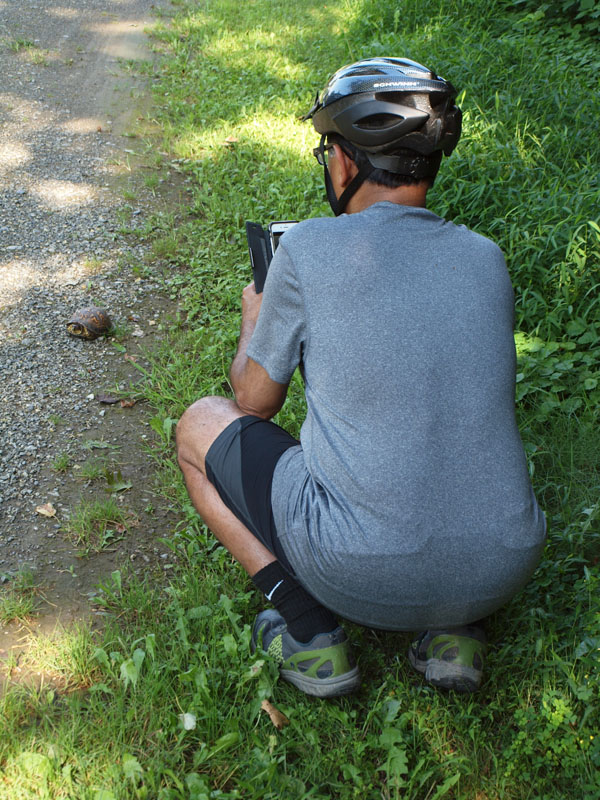 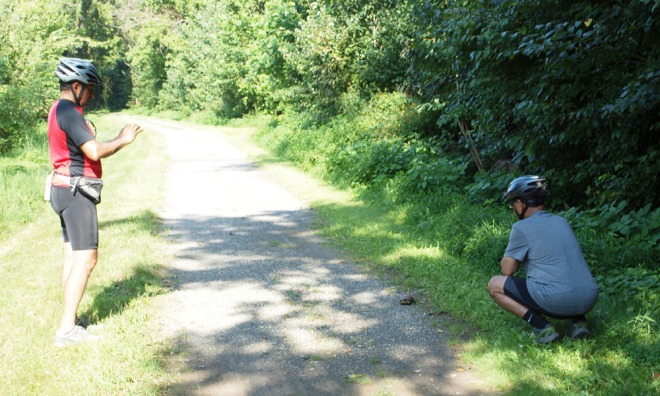 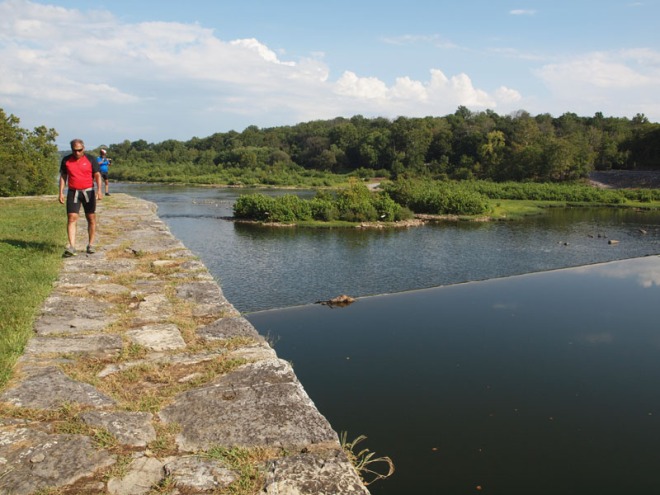 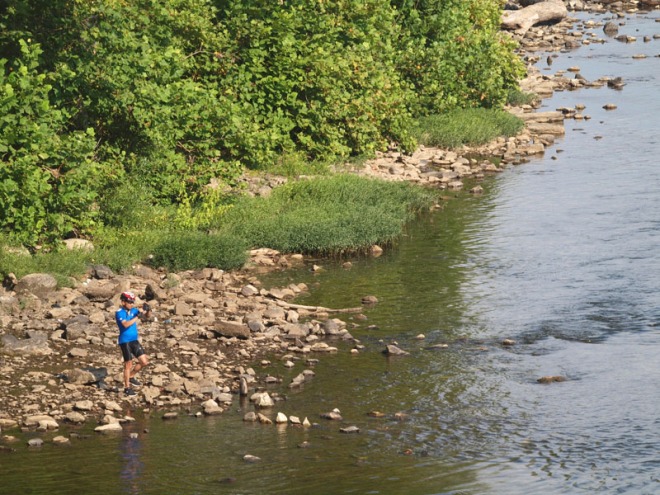 We had to climb from the towpath to the Rumsey bridge to get over to Shepherdstown where we had dinner and then proceeded to our hotel for the night. 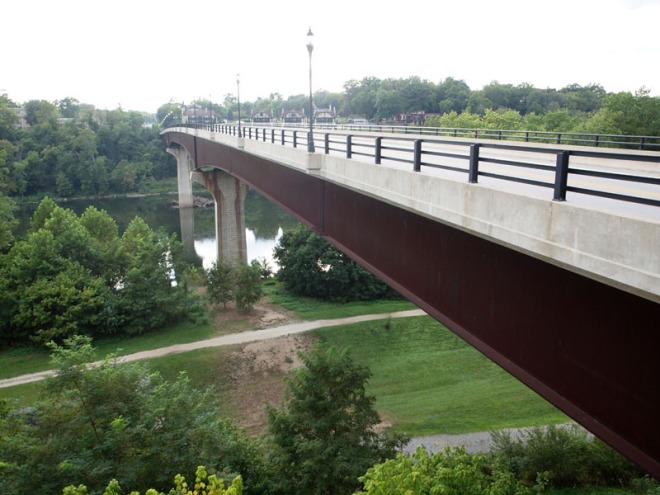 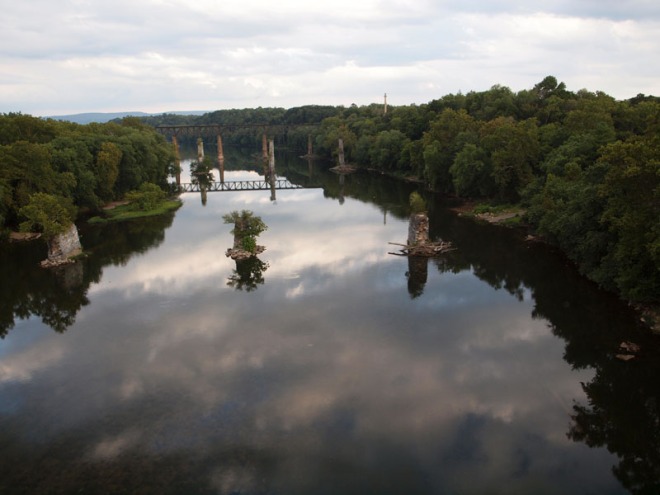 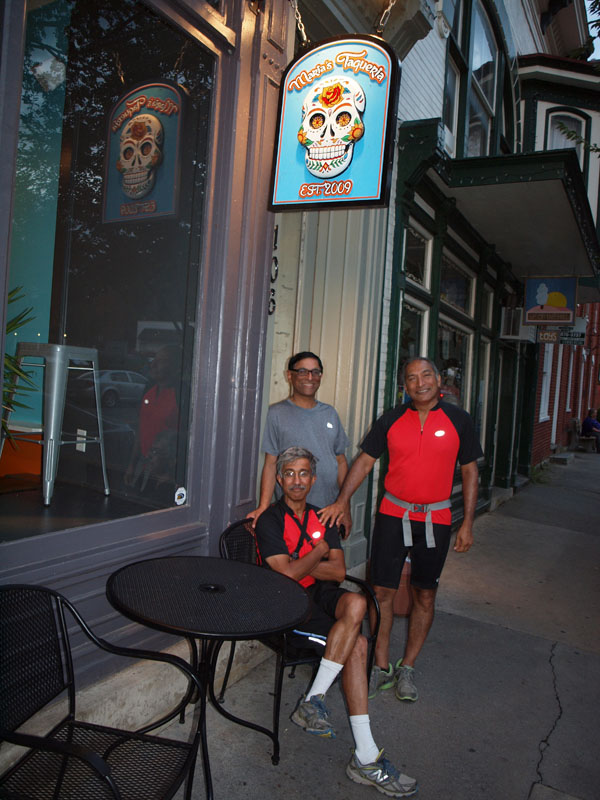 Tomorrow is our final day of riding.