We returned from our wonderful Italian holiday almost two weeks ago.  I have been unable to spend time writing about it until now because of preoccupation with other things.  There was the catching up to do after the long time being away, and also the preparations needed for Thanksgiving. I also decided to post pictures of the trip to my other website first, and that is still an ongoing process.  But I think I now have some time to try to catch up on my blogs.

First of all, I would be remiss if I did not note that one of the primary reasons we enjoyed the trip immensely was because of the organization that went behind the arrangements for the trip.  This time we booked a prepackaged tour with a tour company. The tour was extremely well thought out, with good attention to so many fine details, that in the end we came away with an extraordinary experience. Overall, the tour included a large number of tourists (a busload if you will) with people from many different parts of the US, and also including a couple from Australia.  We had folks in all age groups, including many young people from the New York to Washington DC region, some older folks from the south,  and also a couple who might have been in their seventies (who seemed to be involved in some sort of late life romance (purely my guess!)).  We ourselves were three couples from the Gaithersburg area, friends from church.

In addition to providing us with an unforgettable experience, the organizers of the tour took care of all our needs, and there was really not a single thing that we needed to worry about.  Everything went smoothly. The bus rides were comfortable. The hotels were great.  The daily breakfasts were excellent.  Additionally, they provided us with a few food experiences that were unforgettable (including musical entertainment and as much wine to drink as one desired).  Their tour guides in the different cities were very knowledgeable and experienced, and excellent in their interactions with the group.  Last, but not the least, we had an outstanding tour manager, Alessandro Ricciardi, who made everything fun while throwing in a few extras to make our experience even more unforgettable.  He was the consummate professional, doing everything to make us happy, doing a lot of unseen work in the background, while making all of his efforts look so effortless.  He was extremely knowledgeable about matters related to his country, and was happy to talk about his own life experiences in this context.  Great guy!

Our trip stared at Dulles airport with red-eye flight to Munich in Germany.  We were going to take a local flight from there to Venice (Venezia) the next morning. The group was excited about the upcoming trip.

This was the aircraft that took us to Munich.

At Munich we got some bad news that our onward flight to Venice had been cancelled.  We got ourselves booked on an alternate flight later in the day.  This meant that we were going to lose some of the time that we had wanted to spend on our own in Venice.  But there was nothing to be done about this.  Folks caught up on their loss of sleep from the previous flight while waiting for the connecting flight in the airport lounge in Munich.

By the time we got on our way to Venice the sun was beginning to set. 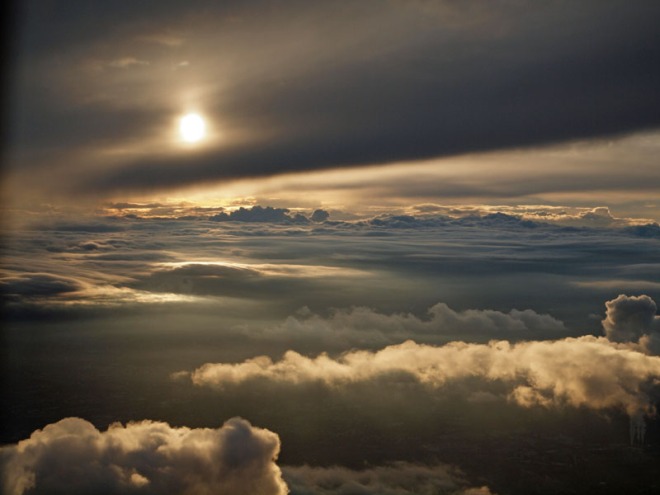 We got some good views of the city while coming in to land, and it was getting dark by the time we got on the ground.

Taking the boat from the Venice Marco Polo airport (which is on the mainland) to the island of Venice was a unique experience.  The small boat moved with great speed following a pathway (highway!) for boats that was marked by pillars sunk into the floor of the sea on either side of it.  Any time we passed another boat going in the opposite direction our boat would get caught in its wake and bounce around somewhat violently.  All this was happening in the dark!

We had rooms in an old hotel along the Grand Canal.  (I realized later that almost all the buildings in Venice are old!)  The street below our window seemed to be somewhat busy that time in the evening.

Fortunately we had reached the hotel just in time for the introductory dinner. We met Alessandro and the rest of the folks who were going to be on our tour. We were also provided with additional information for the tour.

Because of jet lag due to the time difference between the US and Italy (nighttime in Italy is still evening time in Gaithersburg), it was not too late for us to take a walk after dinner.  We wanted to get a flavor of the city before the activities of the next day.

The unique thing about Venice is that because it is crisscrossed by canals, and because all automobile traffic stops close to the place where the bridge from the mainland reaches the city, there is no motorized traffic to be be encountered in the city.  You can walk freely on the streets.

We walked past small storefronts like this one for a little pastry shop.

We passed many shops set up in little shacks in the middle of the street that were selling small items for tourists.  Most of the shop owners seemed to be immigrants from different parts of the world. 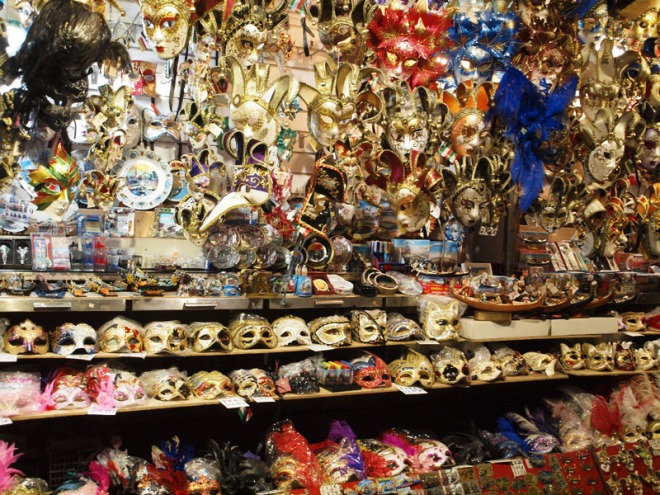 We crossed over a few canals, 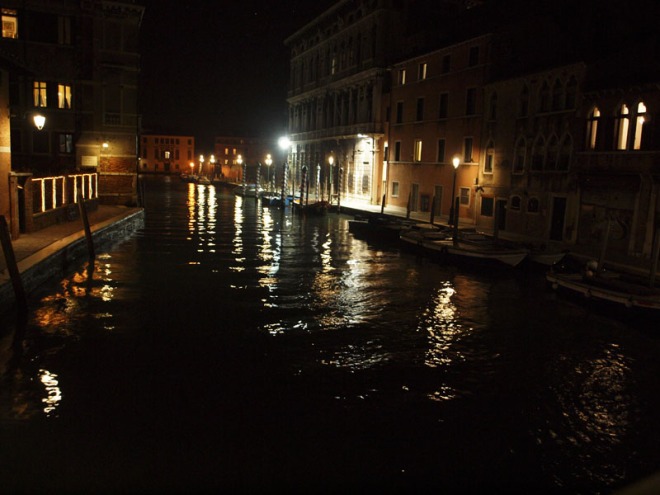 and passed by a few eateries that were open late.  Pizza and panini seemed to be the most common items to be found for a quick bite.

Then it was time to head off to bed and get ready for the adventures of the next day.

4 thoughts on “Our Italian Holiday – Arrival in Venice”