Places in India, especially in the cities, tend to become very crowded during the daytime.  We live in one such location in Chennai.   You can see a few  pictures illustrating the street scene in this older blog that I posted a while back.  I used to go up to the terrace of our house and look down on the activity in the street.  There were the pedestrians and the numerous two-wheelers – cycles, scooters and motorbikes, and then there were the heavier four-wheelers, be it the cars, the trucks, or the buses.  It could be chaos as they all jockeyed to occupy the same space.  I saw this person on a motorbike at one point at the corner of the street.  There was something about his face that got my attention. 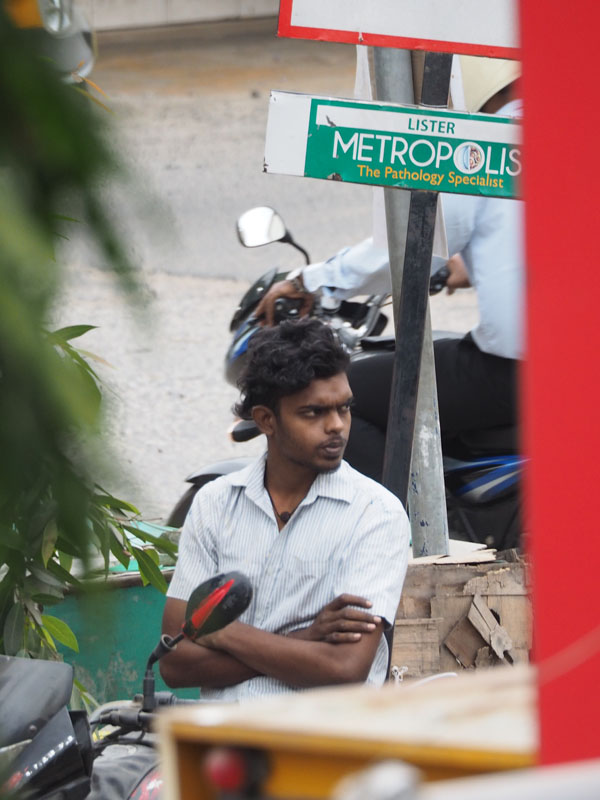 Here is a second picture I am submitting for the weekly challenge.  Because of the effort level involved, our group tended to get separated as we were climbing Vidhyagiri hill in Shravanabelagola in Karnataka.  As illustrated in the picture below, we tended to get surrounded by other groups and sometimes become just another face in the crowd.

5 thoughts on “Faces In The Crowds”