My blogs have had the tagline of “Anything Goes” since the beginning, which could indicate either an aimless drift in a random direction, or, if you want to be kind, some sort of attempt on my part to include all of my disconnected interests in my postings.  You decide!  But one of the things that I hope you do discover in the blogs is that some of them tell stories of some kind or the other, be it that of the tree that grows in the woods, or something as silly as talking about the experience of consuming a bowl of cereal, or perhaps something else that takes my fancy at some particular moment in time. With this kind of a mindset, my response the topic of this week’s challenge comes somewhat easily.

My story for the day touches upon the “bomb cyclone“, a term that I had not heard of until very recently.  As I understand it, a bomb cyclone weather phenomenon is characterized by a rapid and large drop in barometric pressure, which leads to extreme wind speeds that can cause a lot of damage.   It leads to the story, in pictures, of last weekend’s walk along the C&O canal. This particular outing happened to take place after a bomb cyclone had passed through the region.

It was a sunny morning on the trail as we set out on our walk.

We encountered quite a few fallen branches on the trail due to the aftereffects of the storm, and, being good citizens, we spent a significant bit of our time cleaning up the trail for those who were going to come after us.  (We were not about to break any speed records that day.)  And then there were the sections where we could do little to help, sections that would require professional equipment for cleanup.

We did encounter cyclists who must have had to carry their bikes over fallen trees. 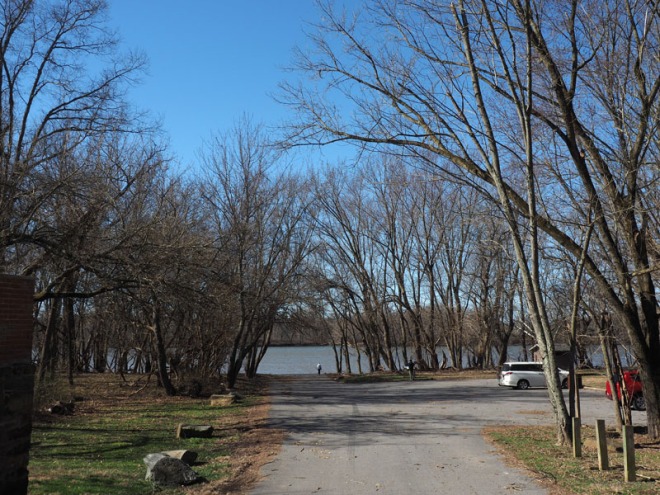 and lock 25 are located 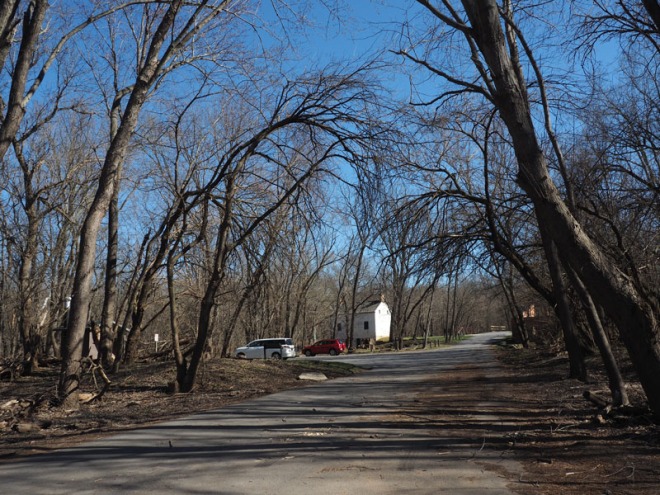 before turning back to return to our starting point.

The story would not be complete without a picture of the bald eagle that we encountered, 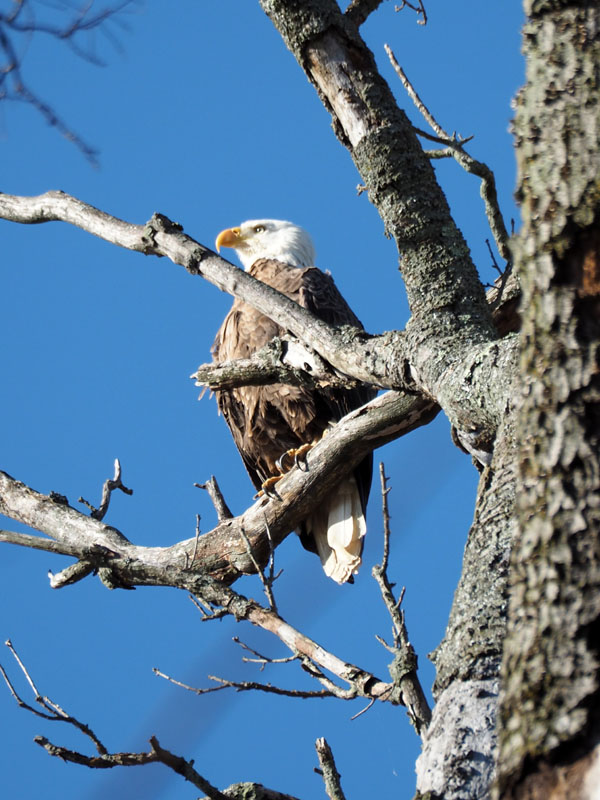 and a picture of the chopped up pieces of a fallen tree that we saw beside the trail, a little too late for Valentine’s  day. 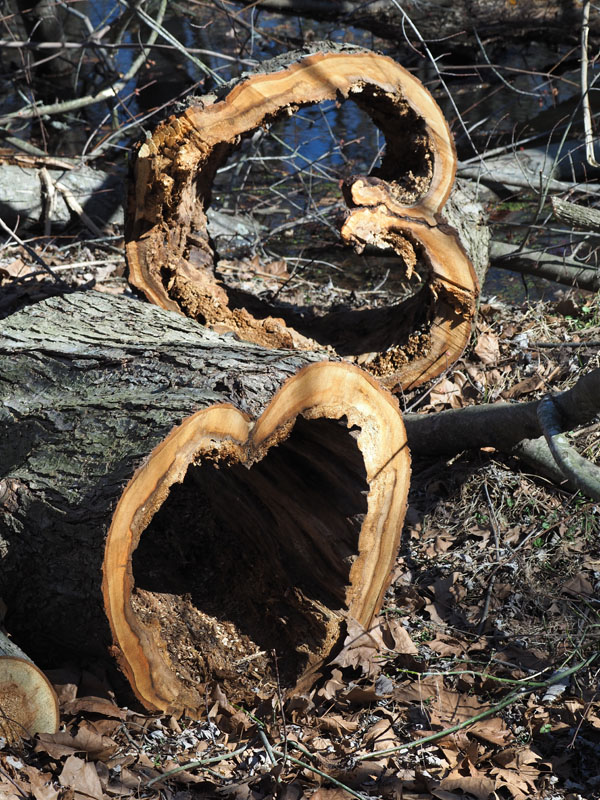 We did about 7 1/2 miles of walking that morning.  That is my story and I am sticking to it! 🙂

5 thoughts on “In Search of a Story”