The first day was a travel day.  Left later in the evening for Denver. The flight and the arrival at the hotel was uneventful.  But the hotel was a surprise!  For a very reasonable price we had ended up in a fantastic place.  Here is the atrium of the hotel, seen before daybreak. 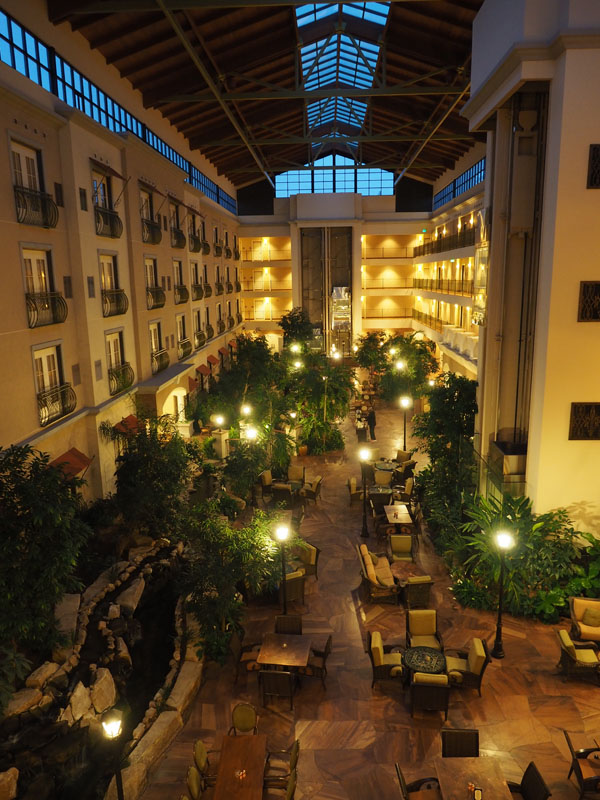 After Sunday Mass, we headed for Rocky Mountain National Park.  Nice drive.  Drove up from the mile-high city of Denver into the town of Estes Park.  We knew we were in Colorado when we saw this.

We found Estes Park to be an extremely touristy and crowded place, although we did get a nice view driving into the valley where it is located. 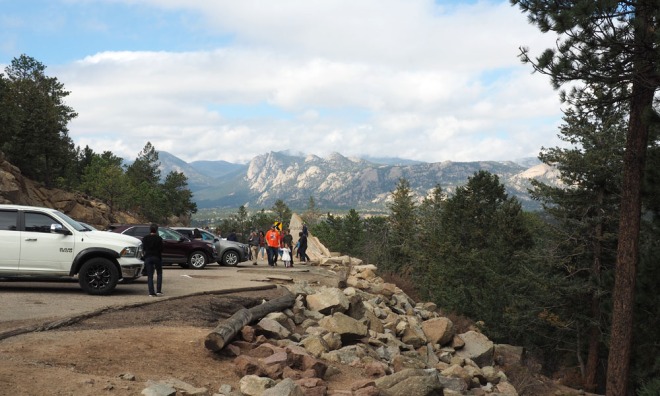 When we reached the visitor center for the park, we were in for a disappointment.  The Trail Ridge Road and the Old Fall River Road that crossed over the ridge of the mountains to the west were both closed due to snow, and it looks like they will be closed for the rest of the season since more snow is expected today.

We drove as far as we could on on the Trail Ridge Road.  As we got higher, above two miles in altitude, we began to experience rapid changes in the weather.  The skies would be clear one moment and the next moment we would be enveloped in fog.  We even began to see signs of snow.  The drive ended at Rainbow Curve, beyond which the road was closed.  The mountains would appear and disappear in the distance. 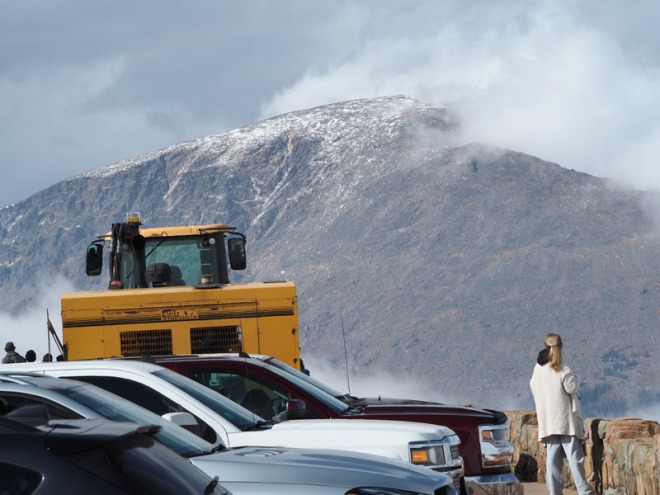 It is the autumn season here, but the primary color other than the green of the evergreens is yellow.

It is rutting season for the elks.  The bulls coral their large groups of “ladies” and go at it making loud bugling noises to manage the whole situation.  Elks are all over the place and tourists are also stopped everywhere to look at them.  The animals can come pretty close and stop traffic when they cross the roads. 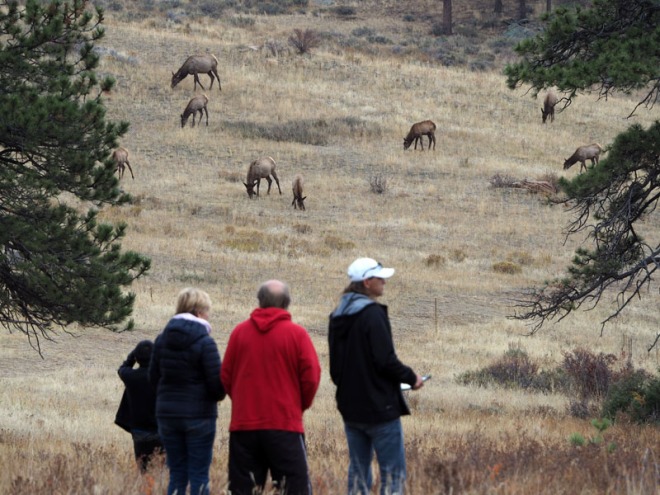 We are experiencing both real and imagined issues with breathing because of the altitude.  We should be fine.  We are taking some medication.

It is supposed to snow today, but we are going to try to do some walks today before we head for our stop for the night, Parachute, Colorado.  So far things are not going exactly as initially planned, but that is is fine.  What are you gonna do? Our middle name ought to be “Flexibility”.

As I type this in the morning in my hotel room, I looked out of the window to find some elk crossing the main road.  I will post a picture in the next blog.

Fair warning that they blogs are being generated on the fly with minimum additional editing at this time. I might fix things later.