During our walk along the canal last weekend, my attention was drawn to the pattern of reflections that I was seeing on the surface of the water in the canal.

I was first drawn to the lines in the water, and also the wavy patterns formed by the reflection of the tree trunks.  It would be interesting to understand how these regular patterns form.

The intensity of the lines began to diminish with time, which indicated to me that the phenomenon that was causing them was diminishing with time. 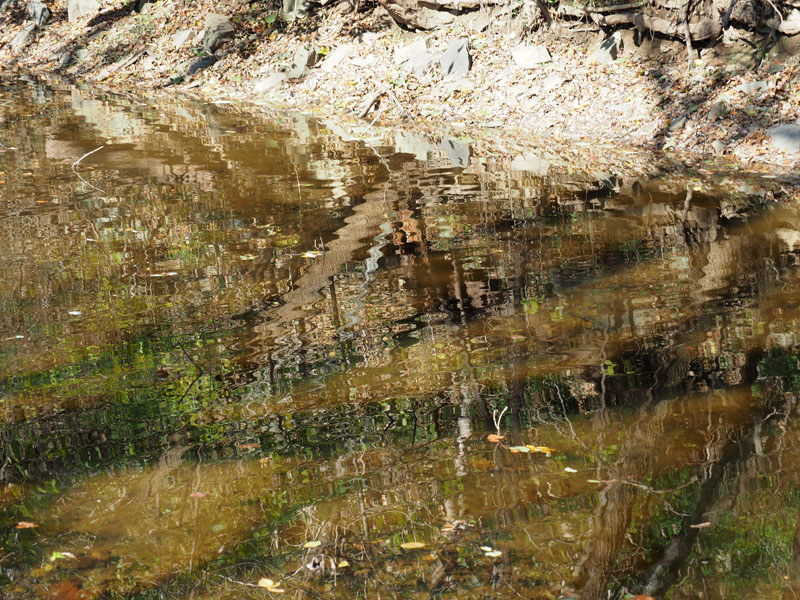 The following pattern that I saw soon after that caught me by surprise.  It looked like I was seeing blocks in the water, with clear demarkations between blocks.  It was hard to comprehend the physical forces that were causing this to occur.

The reflections in the following picture are more conventional, and what I expect to see this time of the year when the water is almost calm.

There is much to see while taking a walk on a Sunday morning if you keep you eyes and ears open to the beauty of nature.

One thought on “Wind and Water”