When you think about it, the existence of the seasons on our planet is a pretty amazing phenomenon.  I say this even though we know why it happens.  As most of us are aware, there is a solid scientific explanation for the seasons.

But, even with your knowledge of how things work, you can also look at things from a somewhat different perspective.  Our planet is very, very, far away from its source of energy, the sun, averaging a distance of about 93 million miles in its elliptical orbit. In spite of the distance, just because of the nature of the earth’s axis of rotation with respect to its plane of revolution around the sun, we experience the phenomenon of the seasons.  The variations in the amount of energy from the sunlight falling on the earth at different latitudes at different times of the year leads to localized changes in climate on a tiny speck of dust in the Universe, the earth, even though it is million of miles from the source of the energy, and furthermore the impacts are still quite predictable.  One should stop and think about that. Also consider that in the grand scheme of things, this energy could be considered minuscule, indeed it is an almost insignificant fraction of the total energy being spewed out from the sun.  And this energy is continuously changing because the sun is not static. But even the second-order differences in this small amount of energy at different times of the year at different latitudes are so well defined as to give us the seasons.  All because of the tilt of the earth’s axis!

And this little bit of the energy that the earth receives from the sun is just the right amount to create our lifeforms, and also impact them in different ways in different parts of the world in a manner that we can understand.  Too much or too little of this little tiny bit of the continuously changing energy of the sun and things would be very different.  It is crazy amazing!

As Spring arrives in our parts, the energy from the sun has warmed the ground and revived the latent life that has remained hidden in our vegetation through the winter.  Brown is turning to green.   It may seem to be happening suddenly, but there is actually a process that carries on through the year.  Things happen at a certain pace in keeping with the change in the energy received from the sun.

The energy of the sun brings flowers to life at this time of  year.  Redbuds and dandelions, and a multitude of other flowers of many different kinds, bloom along the towpath. 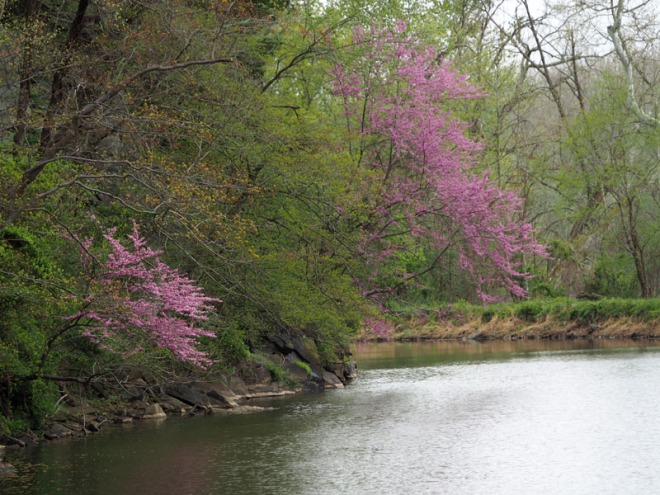 At this time of year the Spring Beauty can even take over some areas of the woods.

Other lifeforms also seem to be celebrating the return of Spring.  For some reason the turtles in the picture below have shells of different colors even though they are all of the same kind. It looks as if one is wet, one is dry, and the third one is in some state in-between!

The snapping turtle below raises its head from the water, and proceeds to spit out a stream of the water.  I wonder what it was doing under water. I also saw a second snapping turtle with its head underwater for a long time.

And the woods echo with the endless songs of the birds.   The colorful cardinal stands out in the foliage.  Its music follows a repetitive pattern that is not that simple.

The restless tapping of the woodpecker on the dry branch of the tree resounds loudly through the woods.  It is a drummer in a marching band tapping out a rhythm of nature on its instrument, its beak.

And as I walk through the woods, I also receive the gift of the energy in a different way.  I can also feel the change that seems to be being celebrated all around me.  The feeling is palpable.  If I choose to, I can also become one with the remarkable transformation that is taking place around me. And I can immerse myself in the feeling.  I can try to feel our oneness with the other life.  I can try to understand how we are all a part of this Nature.  And I can act accordingly, in a harmonious manner. In a sense, this could be a sacred place of unity. 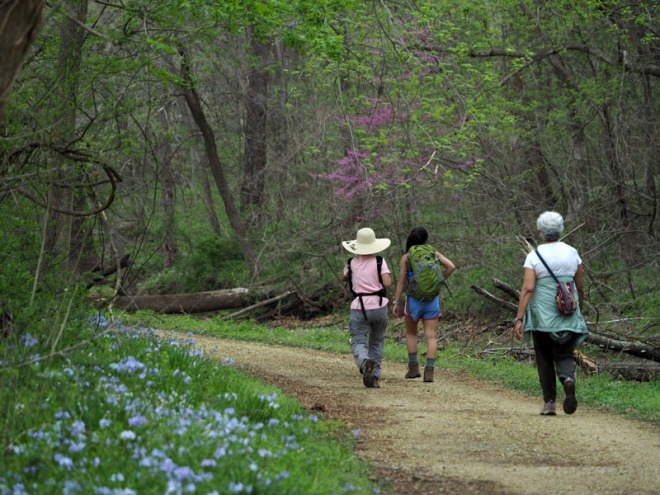 We are all a part of the same experience of life on earth, an earth that is but a speck of dust in the vastness of the Universe.  Our behaviors on this earth ought to reflect this truth. 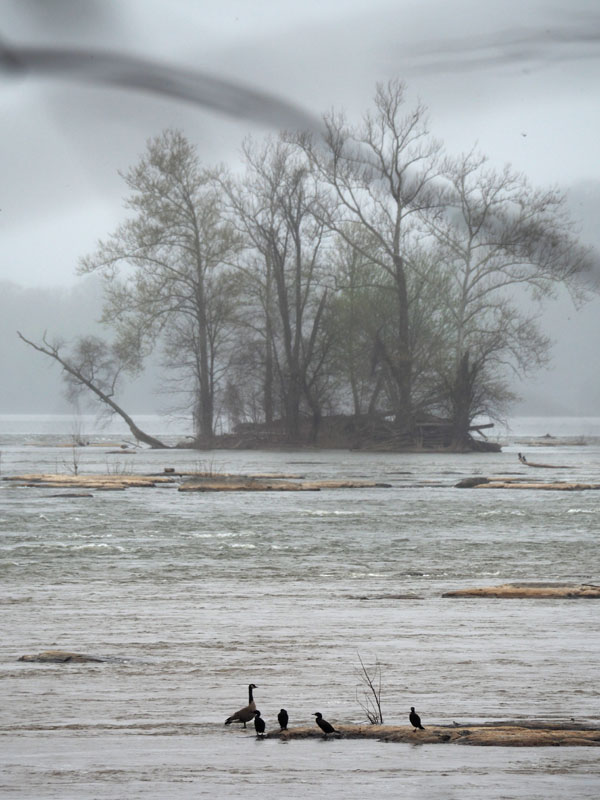 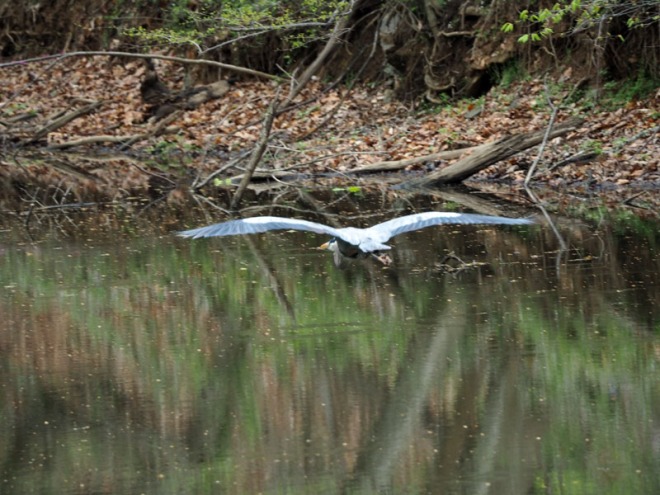