I wrote this email in 2005. I had just started visiting the C&O canal towpath the previous year,  and was still in the process of regularizing my weekend exercise routine beside the Potomac river.  Some of the places that I visited along the canal were not as familiar to me then as they are now.

*********************************
I was up early this morning and headed for Point of Rocks for my morning run. These morning runs have become less frequent with the efforts to get the rest of the family involved in the C&O canal activities. Last weekend Teresa and I biked 16 miles on the trail. (That is certainly an great achievement for a first-timer!) I have biked with Angela on other occasions, and, a couple of times, also run on the trail while the others have biked along. However, as I realized this morning, while getting the family involved is a good thing, you still need your own time to rejuvenate and recuperate. There is nothing like the silence of the woods in the cool of the early morning to sooth your soul and bring your internal temperature back to normal. Come what may, I need to find a way to continue my travels and meditations.

As I was driving towards Point of Rocks this morning, I was struck by the sight of the fields of gold. Yes, the leaves in some of the fields are beginning to turn golden yellow. These fields alternated with the neighboring cornfields where the stocks of corn stood tall, some of them turning brown due to the coming of Fall. It was a sight to see, and I stopped by the roadside to take pictures. It immediately brightened my mood. Lona Alias, my favorite Sunday morning DJ on the radio, provided some reminders of events in the real world, including the anniversary of 9/11, and happenings down in New Orleans. She played some nice songs. If you have not done so already, you should find a way to listen to the song “Louisiana 1927” by Randy Newman. Although it is going to take up some space, I am going to include the words for the entire song here. Hope you don’t mind.

President Coolidge came down in a railroad train
With a little fat man with a note-pad in his hand
The President say, “Little fat man isn’t it a shame what the river has done
To this poor crackers land.”

Apparently, the 1927 flooding of Louisiana resulted in widespread death and destruction, and very poor response from the authorities. History is repeating itself. Enough said.

I ran from Point of Rocks to the Monocacy Aqueduct and back today. The morning was cool, portending the coming of Fall. All the people I encountered on the trail were cheery and greeted me with smiles. The kids were packing materials from the campsites that they were vacating after overnight stays, and carrying the stuff to their cars. Other kids rode their bikes in disorderly columns, with adults trying to provide supervision and prevent them from running people over. As I jogged by, one gentleman even wished me well on my efforts to complete the 12 miles. I did not even feel too tired after the run and my muscles did not give out on me during the run. I still feel great!

One incident to note. After I finished the run, I walked up to the railroad tracks to take some pictures. I walked along the tracks with my camera, trying to find spots with some interesting shots. When I returned, I observed a vehicle belonging to the Park Police in the parking lot facing my car. I walked by the officer trying to act nonchalant, wondering if I was in some kind of trouble, especially since I had been trespassing on the railroad tracks a couple of minutes back. (Think Al Qaeda!) “Good morning” I said to the policemen. “How is it going?” he responded cheerily. As I opened the driver’s door and got into the car, he got out of his vehicle and started walking towards me, at least that was what I thought. As he got closer, he angled away towards the car besides mine. It was an old beaten-up wreck, parked further away into the woods. He inspected the car carefully and started talking into his radio. He then turned and walked back to his vehicle, taking a glance a me as I sat in the front seat of my car eating a donut as he went by. He then drove away. I wonder if he also checked out my license number in my absence, and if I am now on some kind of a watch list. Of course I am paranoid! Anyway, that was my adventure for day.

The above letter was written shortly after Hurricane Katrina hit New Orleans.   This hurricane devastated the city.  It never fully recovered to its old self.

You can listen to the song I talk about here.

Here are some pictures taken that day. 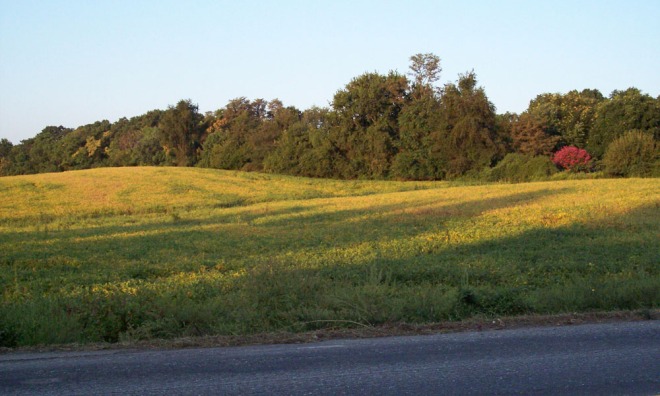 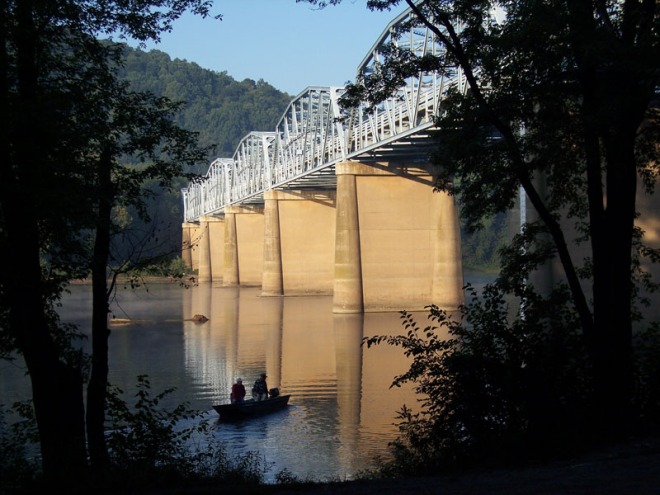 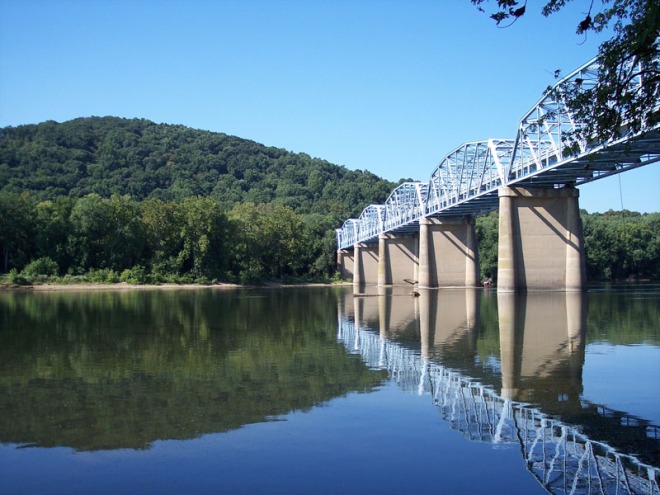 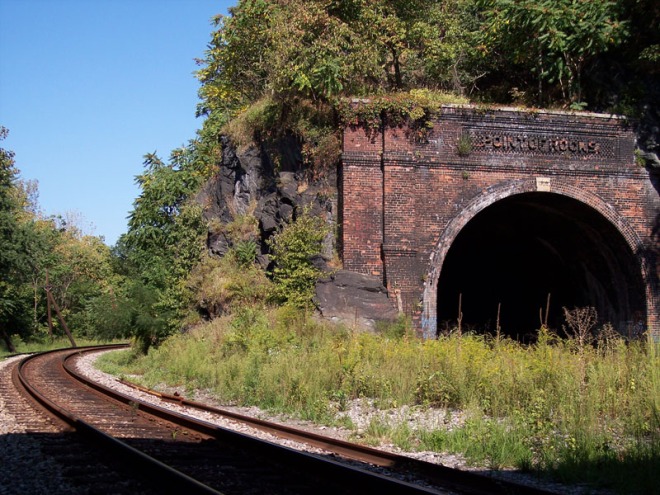 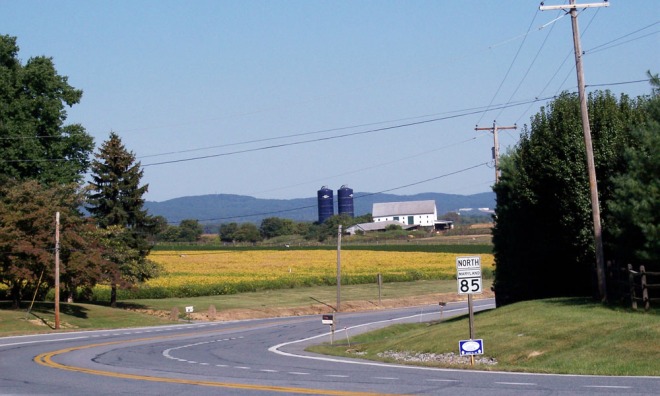 The parking area at Point of Rocks has changed significantly since 2005, the time I first started visiting.  It used to be real rough.  There were just a few spots off a dirt road, and you parked in whatever random space you found.  You could also drive beyond the lot to a space under the bridge carrying US Highway 15 across the Potomac. You could find dicier parking (if the water in the river was not too high) there.  All of this has now been replaced by a real parking lot, and a very big one at that! Also, you can no longer drive beyond this lot to the space under the bridge.  The space on the other side of the canal, between the railroad tracks and the main road (MD Route 28),  has also now been converted into a well-maintained park.  And a lot more people visit these days.