We are back home from our trip to India.  Truth be told, the travel involved, this time, created more of a feeling of tiredness and disorder in the brain than I ever felt before. Waiting in the middle of the night at the airport to board the flight, at a time when you are normally in bed – amidst the crowd, the lights, the noise, and the nonstop activity all around you – it all disturbs the mind. 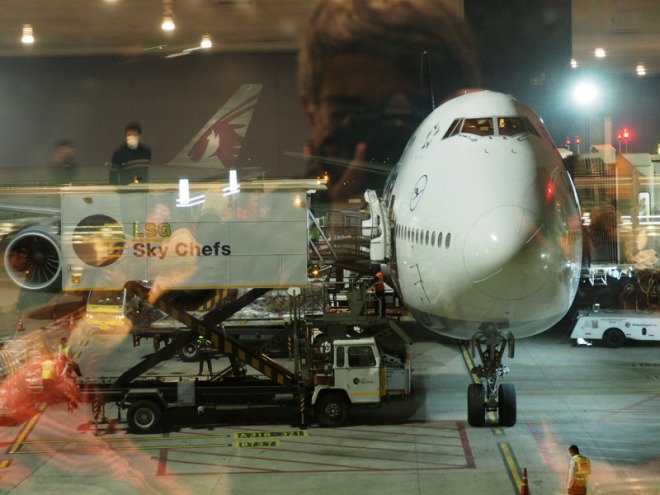 Standing in a long and disorderly line in the middle of the night, a line that was moving slowly, among a crowd of people, many of whom were in the same zombie-like state of mind as myself, waiting to board the massive aircraft, find your seat, and fall asleep, it numbs the mind.  You just want to be done with it.  A few of our fellow-travelers were wearing masks, a sign of these troubled times. 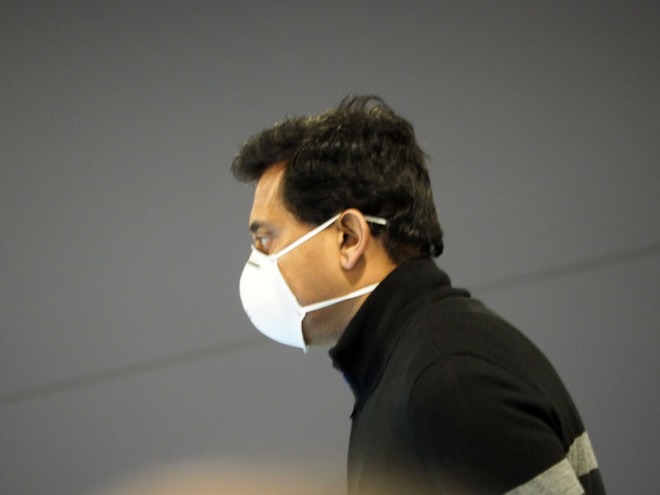 The flights back home were themselves long but unremarkable otherwise.  But, the act of passing through multiple time zones in a short amount of time while regularly forcing the body to behave as if it were experiencing a different time of day than it has become used to – it added to the weariness.

I spent my time on the flights watching movies, taking pictures out the window, 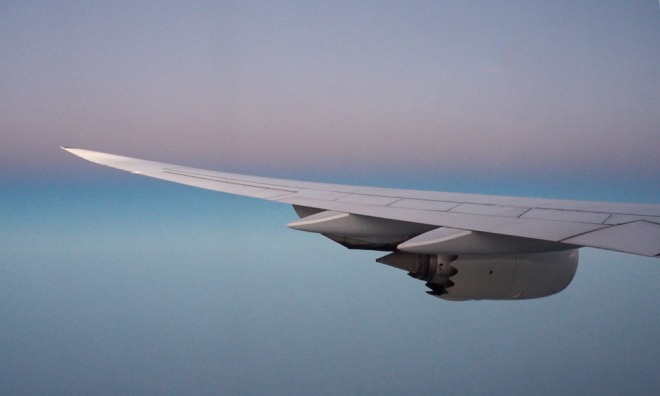 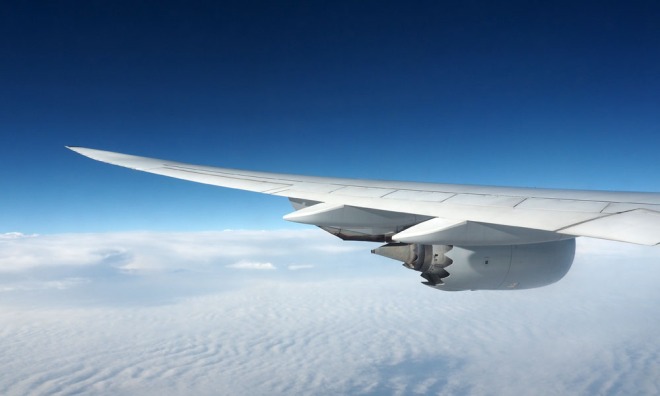 Being pulled over for additional scrutiny at the security checkpoint at the transit airport made things worse.  I went through the process like a automaton, just hoping that it would be over soon.  My boarding pass had apparently been marked for the additional security check at my initial boarding point in Bangalore.

It was raining in Frankfurt by the time our flight departed for Washington, DC. 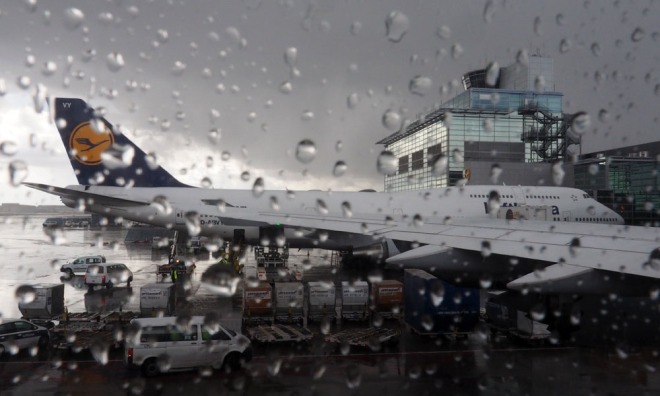 I spent the early part of this second flight watching a movie and trying to fight off the sleep that hit me at the wrong time, a sleep that could interfere with my attempt to fight of jet-lag after getting back home.  Later on in the flight, I opened the shade beside my seat to find that we were flying over the icy waters of the North Atlantic. 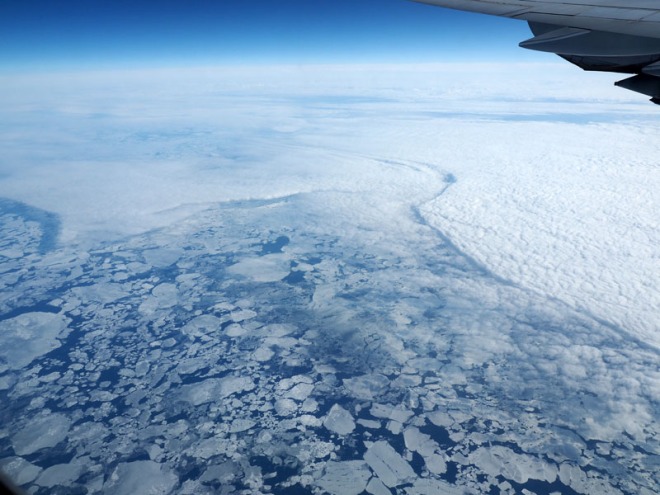 Soon we had reached the eastern shores of Canada.  During this part of the trip, I kept a lookout for the other aircraft that seemed to be flying with us across the ocean.  I could see its contrails just below us for a very long time. The aircraft finally came into view after we finally caught up with it when crossing the Canadian shoreline.  Here is a picture.  At this point, the path of this second aircraft was beginning to diverge from ours.  It was another Lufthansa aircraft, a Boeing 747-400, which was probably headed for Philadelphia. 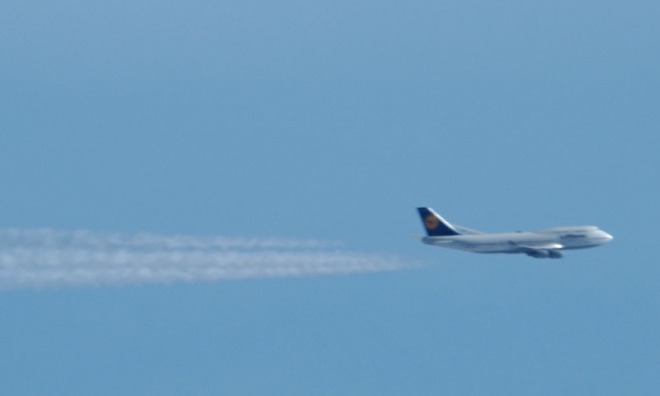 I will end this blog with a couple of pictures of the sunrise taken in Bangalore.  These pictures were taken on different days from the 12th floor (according to the European and Indian system of counting floors, this would be considered the 11th floor!). 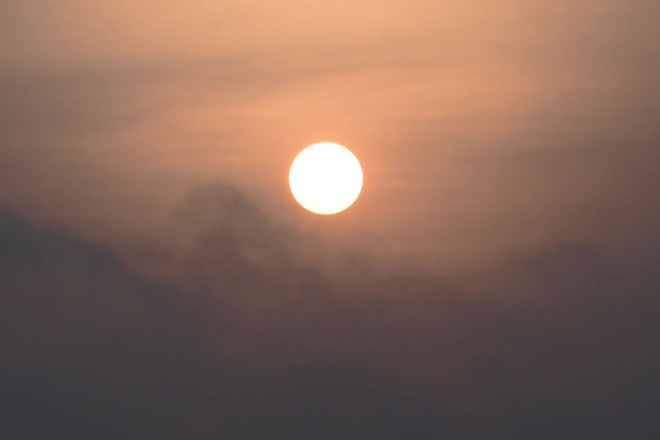 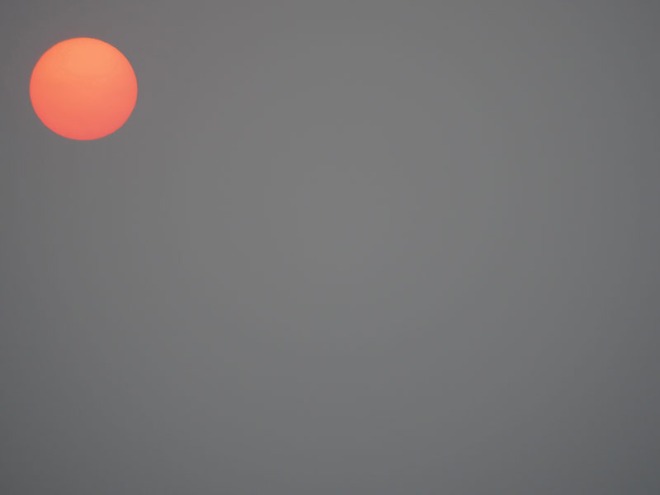 The smoke in the first picture, and the color of the sun in the second one, were interesting. I believe that these could actually be a result of pollution and smog!

Now that I am back home, I have to catch up on a month’s backlog of things to do!  Did I  mention that I am already tired?