We were on the trail before 8am on Sunday morning.  The idea was to try to avoid the crowds.  It did not work out that way!  The parking lot at the Monocacy Aqueduct was already full of vehicles by the time we arrived.   Fortunately, there were still a few parking spots available.  And the situation was not as bad as I imagined it would be once we got on the trail, at least for the initial part of the walk.  People had just departed for their various destinations along the trail.

I was able to feel the energy of the forest once we got going.  It was a very cool morning, one that had me wearing a light jacket.  The sun was still not out at that time.  I drank it all in, the confluence of the Monocacy and Potomac rivers, the green canopy of trees beyond, the vibes of the woods. 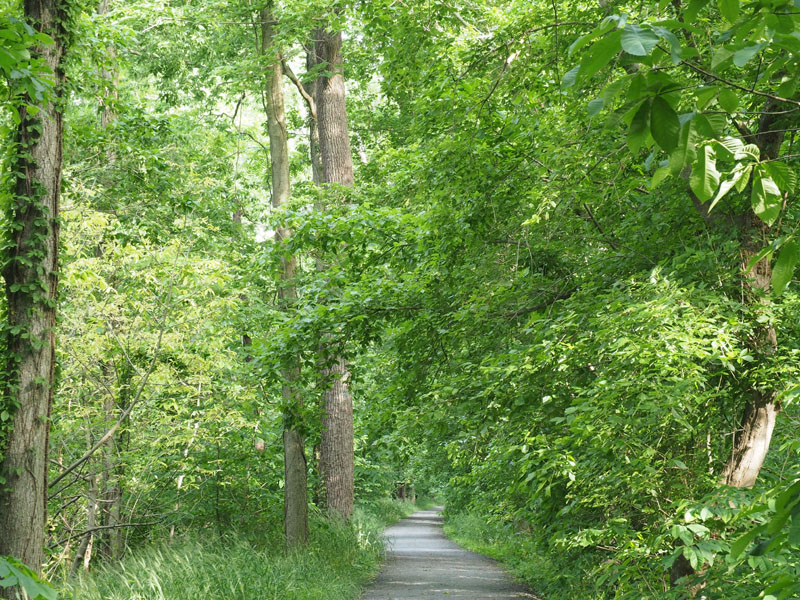 The Indian Flats campsite, just beyond the aqueduct, looked quite full.  I counted five tents.  I had thought that there was a smaller limit for the number of groups allowed at each campsite.  But nobody checks, especially during these times. We encountered a girl hanging out on the trail just beyond the campsite, looking for birds in the trees. She had her binoculars with her.

My eyes wandered towards the tops of the huge Sycamore trees.  Somehow, I had not been paying attention to the majesty of these trees all these years.  They tower over all others.  They dominate the overhead skies.

The uncut grass surrounded the trail, 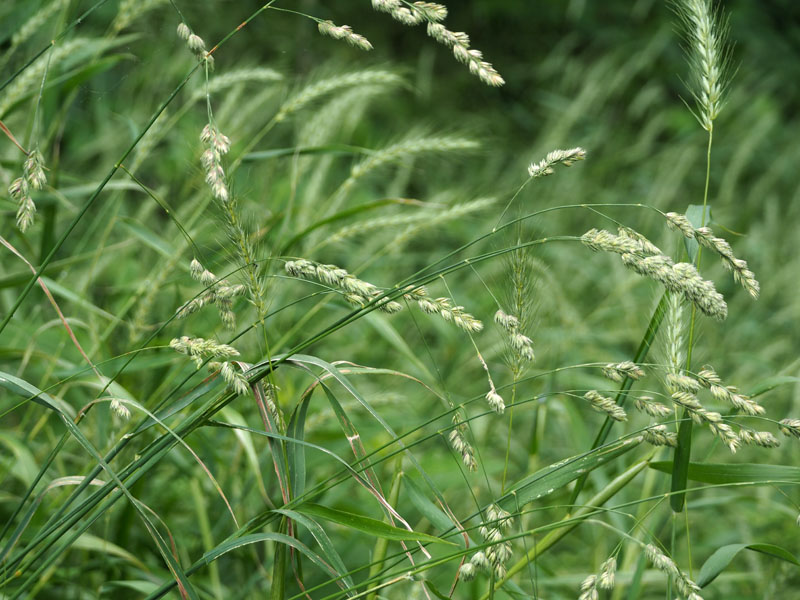 along with the plentiful pawpaw trees.

On a historical note, we had discovered the fruit of the pawpaw a few years ago, and consumed a lot of these fruit at that time.  But the interest in the fruit has subsided since then.  (The flavor of an overripe pawpaw fruit is somewhat overwhelming.) Nevertheless, a proposal was put forth to try to make pawpaw pie this year.  I will have nothing to do with it. 🙂

We even saw Spotted Touch-Me-Not flowers for the first time this season, 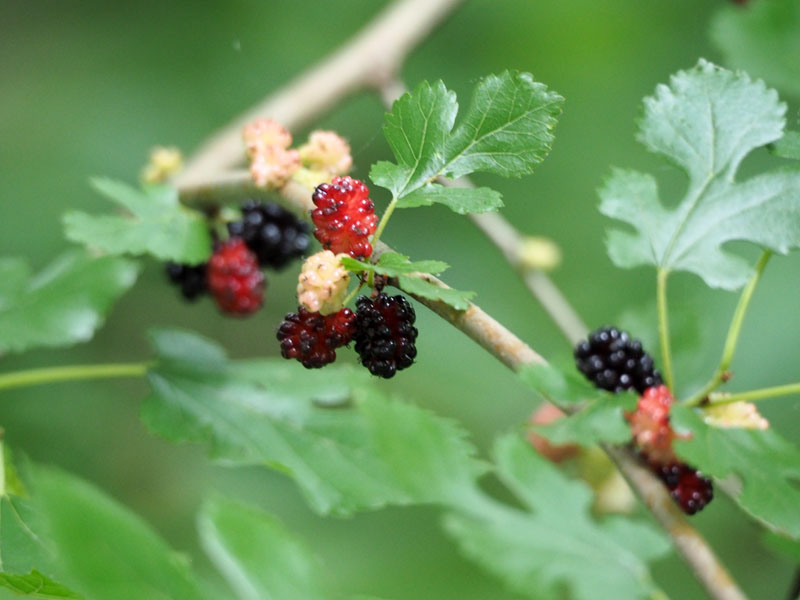 Early during our walk, we also encountered a person biking in the other direction without a shirt top.  He looked a little flabby and overweight, but he was proceeding quite fast, biking with vigor. The morning was still quite chilly at that point, too chilly to be biking shirtless.  It was a curious sight.  A point was made that certain drugs could put you in a state of mind to be able to do things like this. Who knows?!

The sun popped out from behind the clouds occasionally during our walk, but it remained mostly grey and very cool.  We did encounter a lot more  bikers, and people on foot, running and walking, later in the walk, but we were OK with that for the most part.  Unfortunately there are still some people out there who do not know the etiquette of the trail, which is especially important in the time of COVID-19.  Teresa suggested that I write an opinion piece for The Washington Post on this topic.  Hah!

I do miss the early days of my visits to the canal – when I could come to all of these places and encounter very few people.  Loved the solitude, and the opportunity to let the mind wander away completely along with the body.  But, on the other hand, I am also happy that more people are out in the park actually doing something that is good for their health and general well being.

Other than the occasional human beings, and the birds and the squirrels, there was not much to disturb the peace.  We heard freight trains passing passing by in the distance on a couple of occasions.  There was the sound of a motor boat on the river that caught my attention at least once.

A loud and unfamiliar repetitive sound caught our attention our way back to the parking lot.  It was coming out of the woods.  We guessed that it was an owl.  We heard the same sound again as we were approaching the camp site that we had passed on the way out.  At that point, we stopped to pay more attention.  The bird flew away before I could set up the microphone on my smart phone to record the sound.  Teresa managed to get glimpse of it.  The bird was most likely a barred owl, the only type of owl that I am familiar with in this parts.  The girl from the campsite whom we had seen earlier in the morning doing some bird watching saw us and came over to join us, but it was too late.

The parking lot at the Monocacy Aqueduct was completely full by the time we got back.  Some people who had been waiting in a vehicle drove into the spot we had just occupied as soon as we left.    Looks like I am going to have to get used to these kinds of crowds from now on.

As we were driving towards the Monocacy Aqueduct earlier that morning, my thoughts had been on the major news events of the day having to do with the recent police actions and the protests. Two nights earlier, there had been a new incident in Atlanta where another policeman had shot and killed another black man. That incident was followed up the next night with the burning and destruction of the place when the shooting had taken place. I was still processing new information coming in about all of this since I had been reading the latest updates on the Internet before leaving home. We talked about it a little bit in the car, but left these thoughts behind as we entered the park. But we were to return to these happenings later in the day. I mentioned two spaces in the title of the blog. That is the second Space.