We went up to the Four Locks area of the C&O canal last weekend. This is even further away from where we live than Williamsport, our other recent and distant destination. We were being more adventurous than usual. A visit by the young ones was an added incentive.

Since it was going to get hot and humid later in the day, we were resolved to leave early in the morning for our destination. We ended up departing a little later than planned, but not too late for it to become a matter of major concern.

The parking lot for the Four Locks area is located in the boondocks. You take the exit for Clear Spring from Interstate 70. It is in an area of Maryland called Prather’s Neck. Once you get off the highway, you have to travel over local roads for a little while. You have to go through a couple of long tunnels, one under the tracks of the former Western Maryland Railroad (now operated by CSX) out of Hagerstown, and the other under the canal itself. The location of the parking lot at Four Locks is a surprise for newcomers. It shows up unexpectedly with little advance warning.

This area is in the countryside. There are narrow roads that disappear into the woods around Prather’s Neck. They probably turn to dirt roads at some point. Who knows what exists at the end of the roads! I suspect that people used to live here once upon a time. I expect that there are some abandoned homes in the middle of the woods and at the ends of these roads.

The Potomac river meanders its way around Prather’s Neck, while the canal takes a shortcut through the “neck”. The canal changes levels quite significantly and quickly in this section using the four locks for which the area is named. The locks are close to each other. Once you climb out of the Four Locks area, the river reappears beside the trail at a much lower level than the trail itself.

The early start for the walk was a good thing. The morning sunshine was still diffused, and the air was still cool.

This is a picture of Lock 47, the lowest of the four locks. 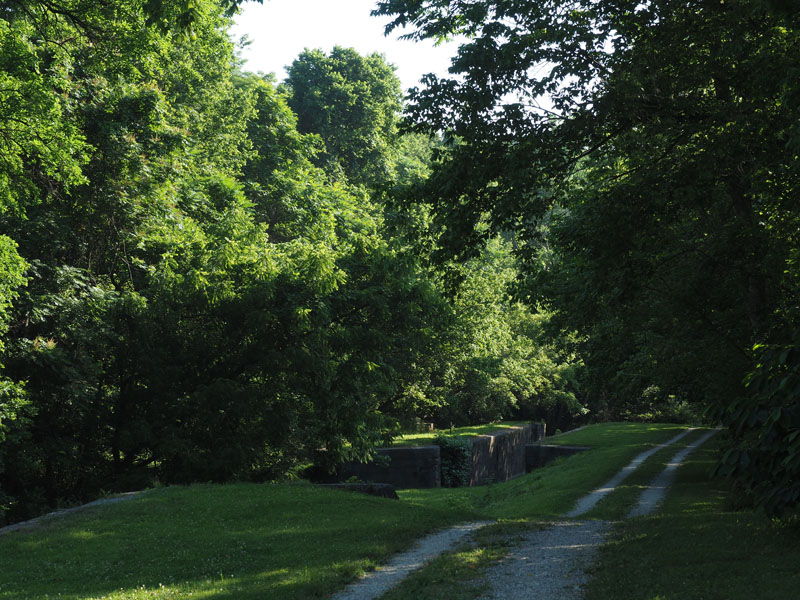 This lock house, caught in the weak morning light, is available for rent.

This is lock 50.  There is a little shanty on the upstream side where the lock keeper could wait in times of inclement weather to greet boats headed downstream. 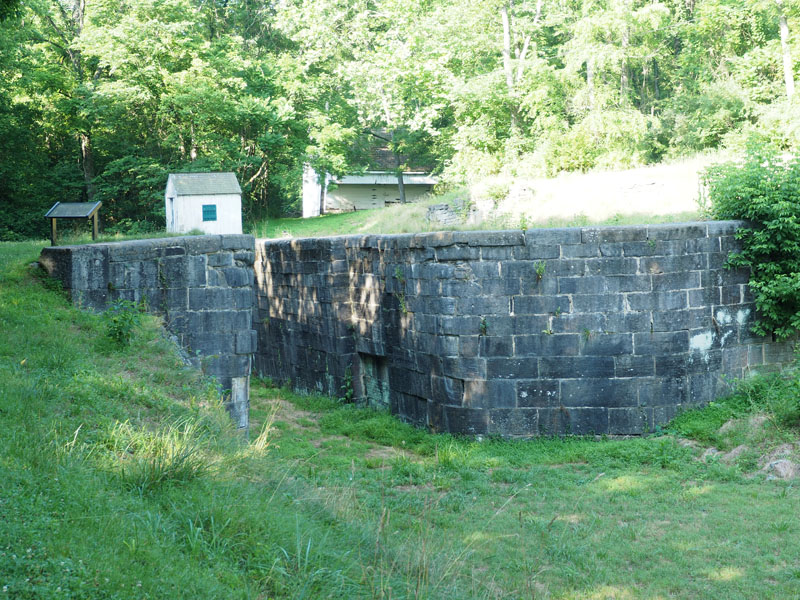 We headed out in the direction of Fort Frederick. The young ones ran past us on their way out.

The woods were nice and cool this time in the morning. 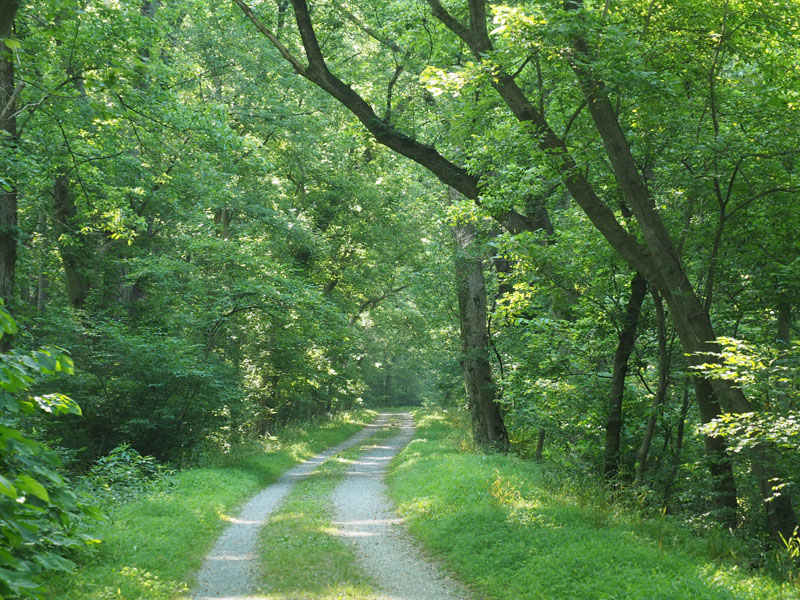 The river flowed next to us in this section.  The next landmark along the trail was McCoy’s Ferry. 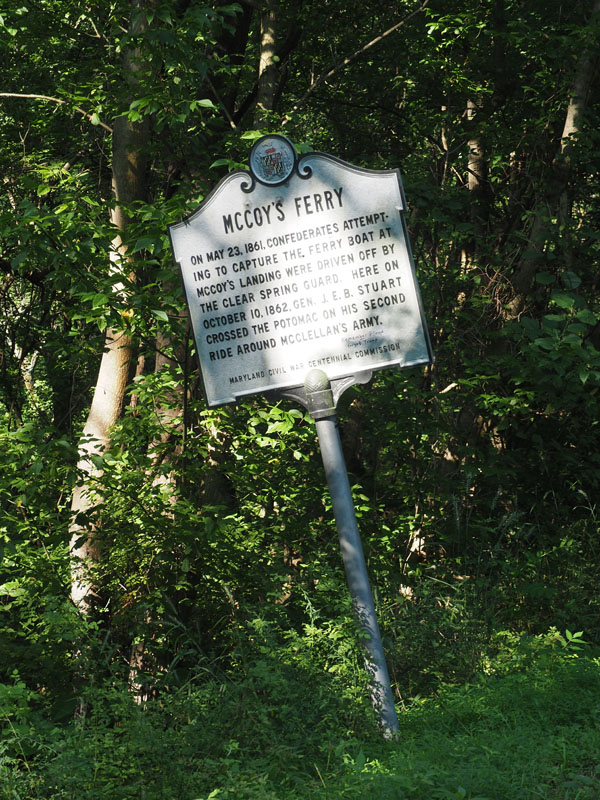 The huge camping area next to river at McCoy’s Ferry was full, perhaps because it was the July 4th weekend.  The campsite looked much bigger than I remembered it to be. You could look down on all the activity from the elevated trail as you went by.  Just beyond the berm of the canal, on the other side of the trail from the campsite, you could make out the trestle bridge for the the railroad partially hidden behind the trees.

The woods were dark and deep beyond McCoy’s Ferry.

We encountered the kids on their way back to Four Locks soon after.   They had decided the shorten their run because of the conditions.

The river is far away from the canal for the section of the trail beyond McCoy’s Ferry. This is also not a very exciting section of the trail this time of year.  There was nothing particularly notable. There were very few flowers to be seen. There seemed to be a lot of rosa plants beside the trail, easily recognizable by the thorny stems, but no flowers. There were a few dying fleabane.  There was a small stand of plants with the flowers you see in the picture below.  I think they may be Basil Balm (Basil Bee Balm, White Bergamot).

There are no historical artifacts that grab your attention here – other than the wide and well defined canal bed itself beside the trail.

We turned back just after we reached the park road to Fort Frederick, stopping at the edge of Big Pool,

to watch the antics of the little turtle that scooted into the water as soon as I brought up my camera. It tried to disappear under a rock.

The sun was up and making its impact felt over the trail as we returned to Four Locks. It was hot and humid. We were focused on reaching our destination. We picked up the pace as we got going. There was not much dilly-dallying, but I had to take this picture of one of the rabbits that crossed out path that morning.

This one vanished into the bushes at our approach, but stayed close enough to the trail for me to take its picture through the foliage.

Christina and Jesse were waiting for us when we got back. They had spent most of the time in the picnic area next to the parking lot. It seems that this was not the right kind of weather for them to indulge in too much running.

And thus was spent another Sunday morning in the park!

One thought on “Four Locks”