After all our attempts of the previous weeks, we finally did get to see some decent autumn colors. During a walk to Clopper Lake, we came upon a stand of trees beside the lake where the color was at it peak, or close to it. The light was just right for pictures like this. 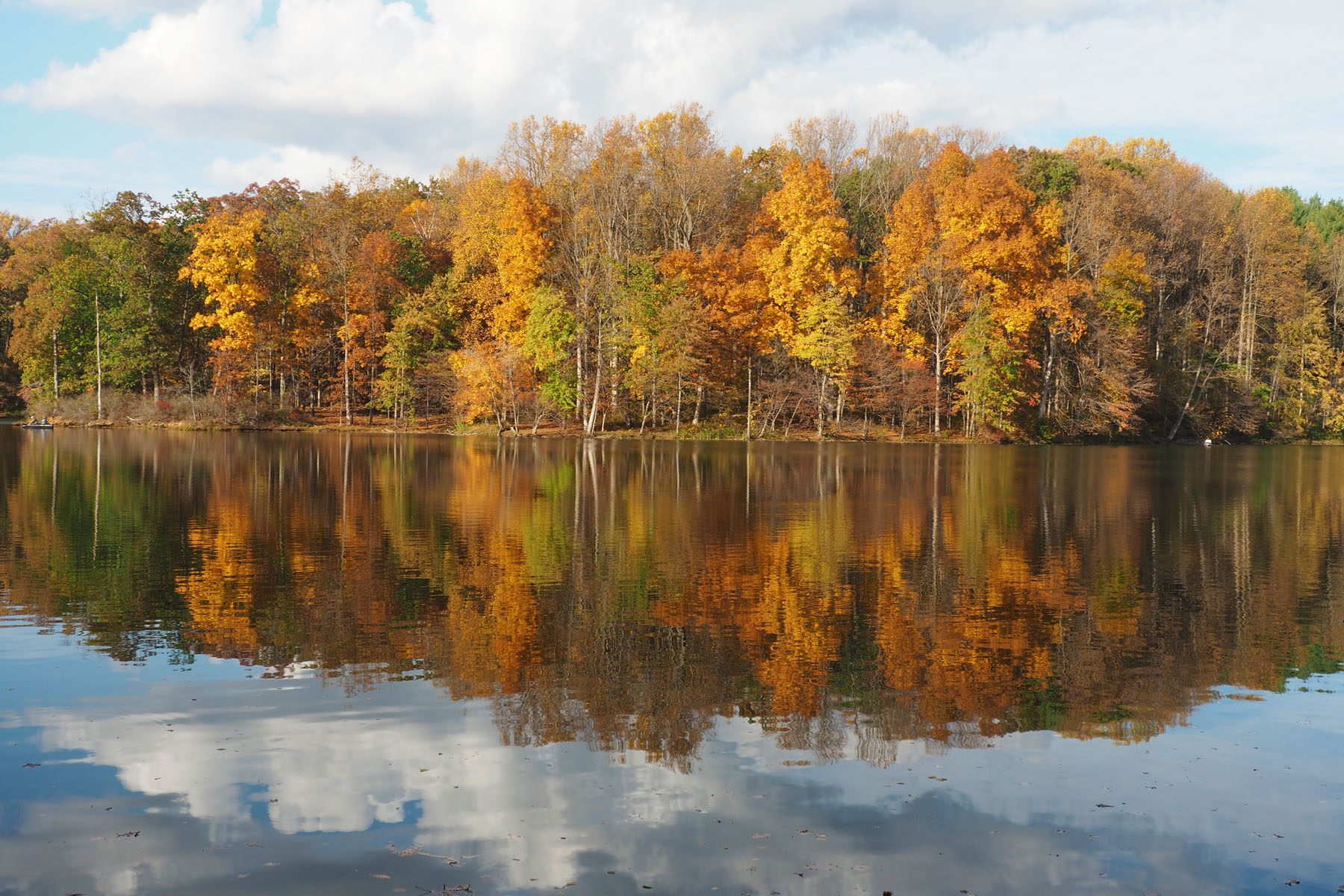 We also made a trip to the Catoctin Mountain Park, up north near the town of Thurmont in Maryland, on Saturday. The place was packed with people by the time we got there. We had to park along the main road just outside the park in order to try to get to the visitor center and the trails. (The line of cars parked along this road was even longer by the time we left the park that afternoon.) The trails were also packed with hordes of people, some of whom had come in large groups. That was surprising to see during these times of COVID-19.

Because of the conditions on the ground, we decided to drive into the park instead of taking one of the trails at the visitor center, but still had difficulty finding a place to park within the park itself. The parking lots in there were also full, and there were also a limited number of such lots. The added frustration was that you had to drive away from the road to enter these lots, and then you would find that there was not even one parking spot available! We tried most of the lots. It was frustrating to have to drive through the colorful roads where the colors had just peaked and not have a place to pull over to take pictures. The pictures taken directly from the car (I would stop on the road itself if there was no traffic behind me) were pathetic. Fortunately, we had some luck towards the western end of the park.

In any case, here are some pictures of the park and surrounding areas. It was quite cloudy, and the quality of the pictures are representative of the conditions. 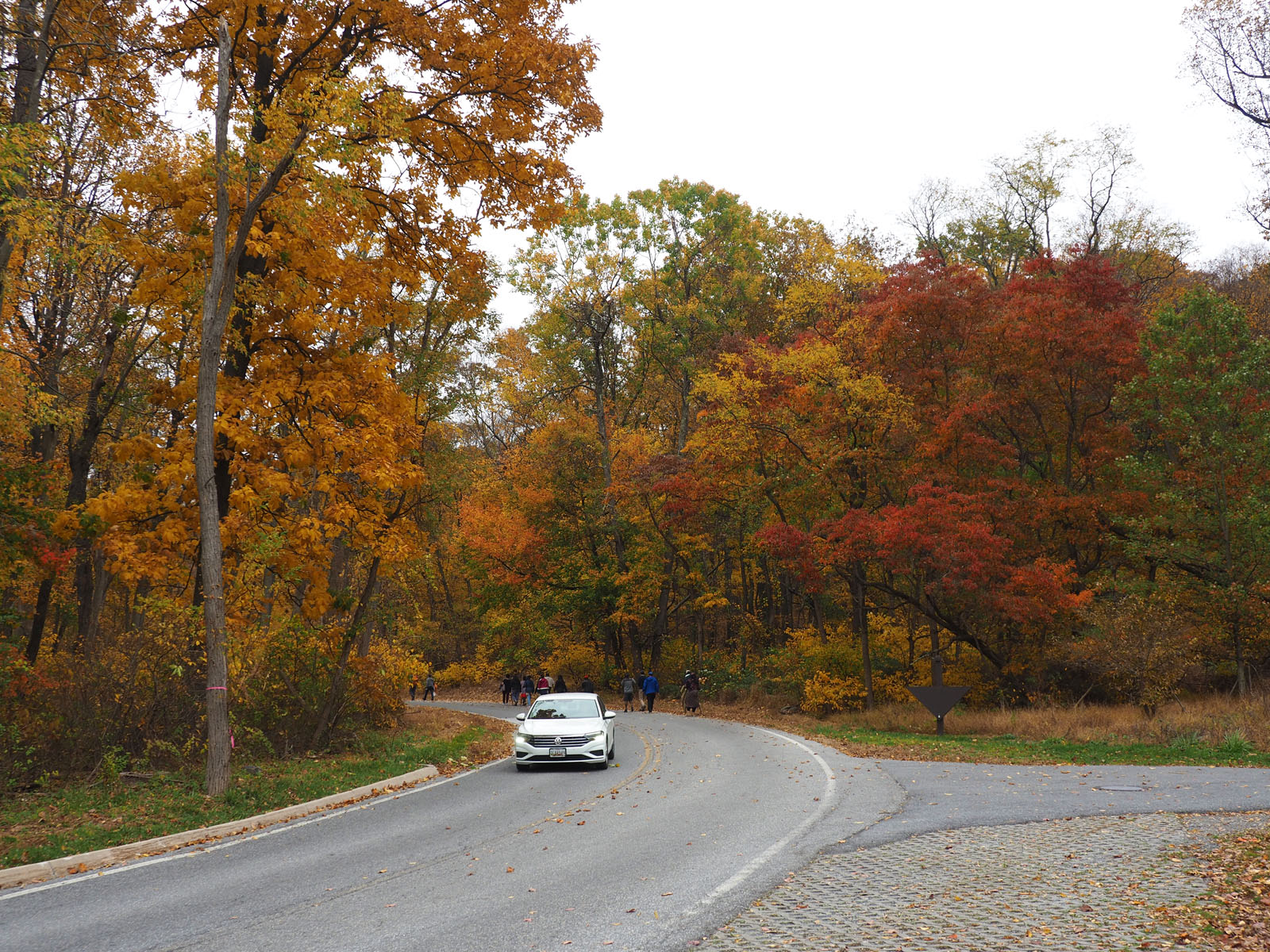 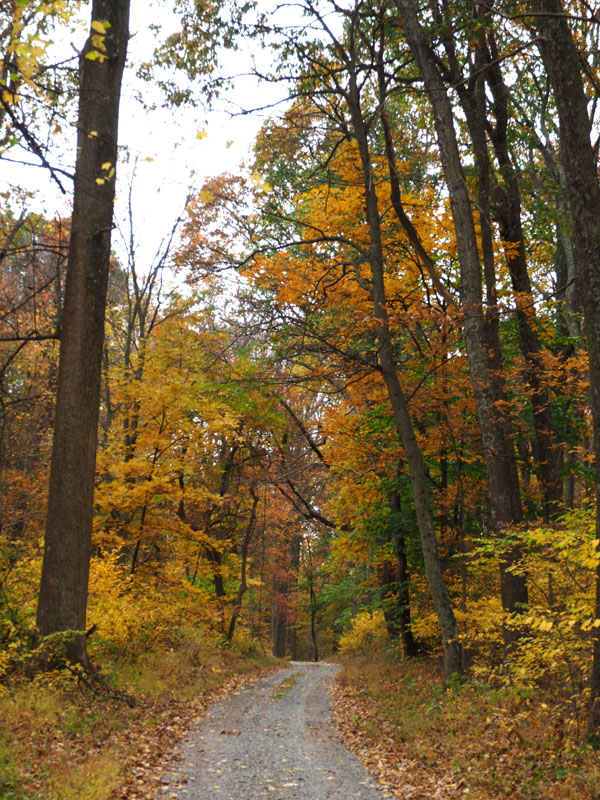 The colors of autumn last only a short time. We will be seeing a lot more brown tree trunks by the end of the week. When looking back at the pictures I have taken recently, I am also reminded that it was still green all around us when I started looking for the autumnal colors just earlier this month. Changes happen quickly during this time of year, and before we know it we will be experiencing the full force of winter.

I saw an interesting episode of American Experience recently. It was called The Gilded Age. This episode is set during the late 19th century. This was the period of time when the USA was being transformed from an agrarian society to an industrial one. This was the period of time when “capitalism” began to be favored in government, and wealth inequality, and power inequality, came into place in a systematic way. It is a fascinating story. It has only gotten worse since then, and one wonders how much further this phenomenon can persist until all hell breaks loose. This is a good episode to watch if you want to understand our history, and where it is we come from as a country. These days, one could be led to believe that the maintenance and furtherance of the capitalist creed is the primary goal and functional requirement of the US government apparatus, and that one should accept this as gospel truth if you were a true citizen of the USA. Know that this is not what the founding fathers were thinking of, or necessarily had in mind, and that such thought process is only a more recent invention being pushed forward by the people in power in order to try to maintain the status quo. Meanwhile, the inequalities only continue to get worse with time.