The thermometer in the car indicated that it was 37° F outside. We had just arrived at the park,at Rileys Lock, and were stepping out of the car for our first Sunday walk along the towpath after returning from Massachusetts. This was the first time we were going to be experiencing these kinds of temperatures along the canal this season. Although we are likely to face colder mornings going forward, I was expecting that this one was going to be a particular mental challenge for me.

This was also the first outing after the return from Massachusetts a week ago. It was an attempt to try to return to some kind of an exercise routine once again after another long break.

I was bundled up more cautiously that usual – with several layers of clothing, two layers of gloves, and extra warm pair of thick fleece socks (donated by Philip). The cold hit me initially when we stepped out of the car, but I got past the “shock” of it very quickly. It did not feel too bad since there was little wind. The only extremity that took extra time to warm up was one of my fingers. Raynaud syndrome made its presence felt selectively!

The morning sun was struggling to escape from behind the early morning clouds during the initial part of the walk, creating scenes like this. 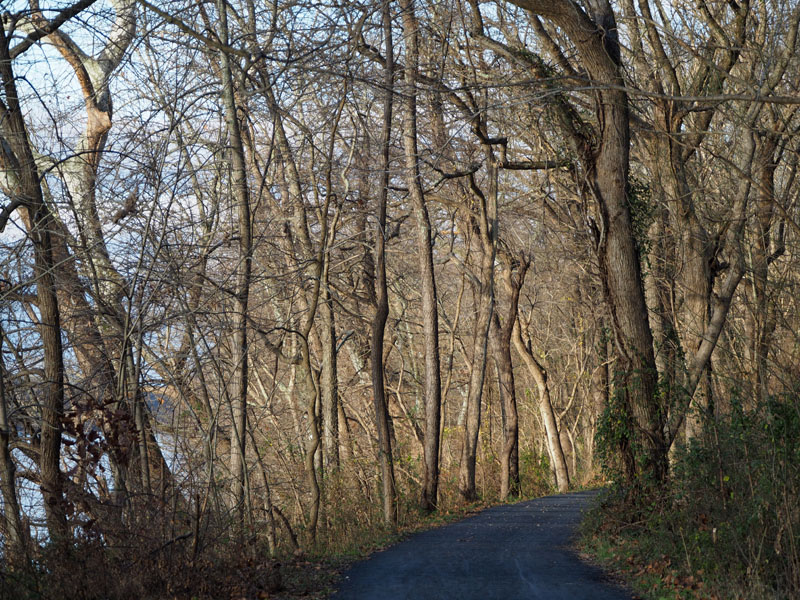 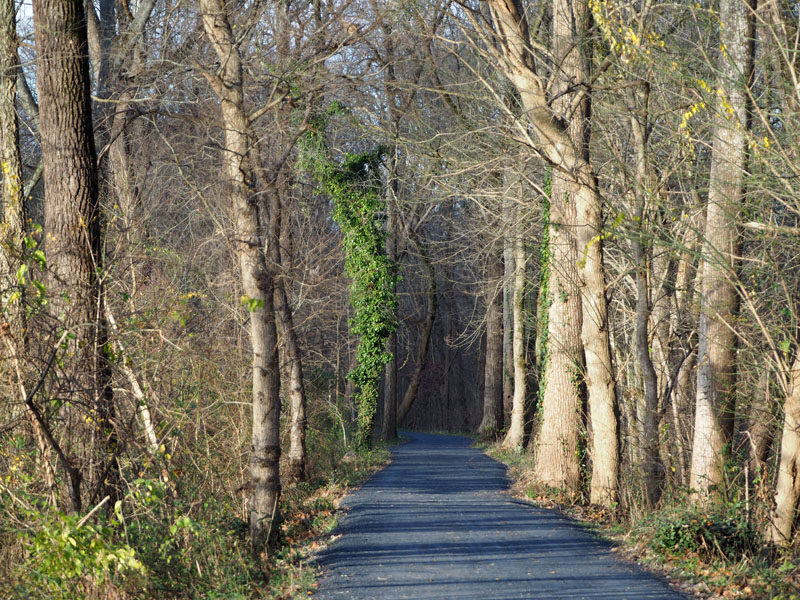 and the next moment our surroundings would be lit up brightly. 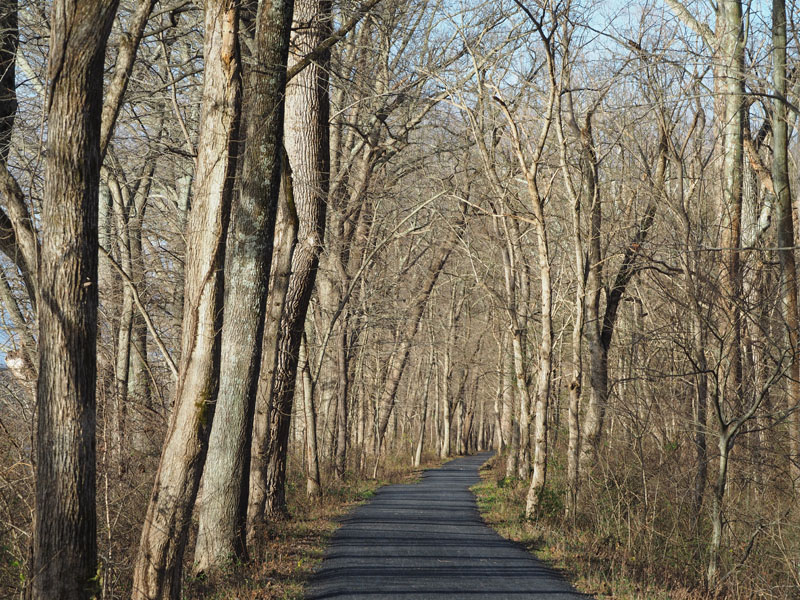 The brand new surface of the trail was a welcome change from the potholed, and often muddy, dirt track that used to cover this section of the towpath for all of the years that I have been visiting. (I had even complained directly to the NPS a few years ago and received no response!) The towpath is being upgraded in sections. We reached a point during our walk where the new trail came to an end. We saw some work vehicles beside the trail, and saw signs that the trail work was continuing further north in the direction of Edwards Ferry. The trail north of Edwards Ferry has already been repaved.

By the time we finished our walk it was only 39° F, but we felt warm and very, very, comfortable. There were others out in the park who did not seem to have any issue with the cold weather.

I might have even attempted to run in this kind of weather in the kind of attire the person in the picture below was wearing when I was younger!

The title of the blog refers to the stones in the picture below.

For some reason, they caught my attention as we were walking by. These stones are part of the canal wall that used to exist just beyond the pond near Seneca Creek. There was more water in this section of the canal than usual that day, probably due to recent rains.

My thoughts drifted towards what these stones represented – the work of human beings from more than a century and a half before. The rocks probably came from the nearby quarry, and were most likely cut at the nearby Seneca Stone Mill. Rocks from this quarry were used in many places, including for locks and lock houses along the canal, and in the construction of buildings in Washington, DC, including the Smithsonian Castle.

The human beings who lived in these parts, the ones who dug up the stones and shaped them, and who built all of these things, including the canal wall we were looking at, had their own lives and stories even if they might not have been famous and well-known. They were probably categorized as “simple” people. They probably had their own daily routines, their struggles, their successes, their good and bad times, and their happy and sad days. They lived and died quietly, and they were hopefully content with their life experiences. They were probably remembered only by their immediate families, and even that, for perhaps only a generation or two. They were people like us.

One thought on “The Old Stones”