I spent a few hours walking around the IIT Madras campus yesterday reliving some of the memories of my youth. My dad used to be a professor there at one time. I grew up on campus. Later on, I also went on to get my undergraduate degree from the university. I am a true child of IITM.

This is one of the houses that I grew up in on campus.

The approach to the house looked somewhat overgrown. Perhaps nobody lives there these days. These set of homes were called the Wardens Quarters. My dad was the warden of Tapti Hostel when we used to live at No. 8. It must have been towards the end of the sixties. I used to go to elementary school at that time. I remember one day not getting on the bus that I normally took when returning home from school. I walked home instead, taking a shortcut through the stadium. My brother might have also been with me. I do not remember why we did that. Perhaps I had lost the money that I had been given for the bus ride.

The campus looks as green and lush as ever these days, but there are so many new buildings. The banyan trees still catch your attention and retain their places of prominence along the roadways.

The monkeys are everywhere.

They were not as aggressive as I expected them to be. I remember the times when I was growing up when they would enter the house to steal food. They would destroy things and create havoc when you chased them away. Some of them would make threatening faces at you and make a move towards you when you tried to scare them. We had screens on the windows of the house to prevent the monkeys from getting in, and you had to make sure that the external doors of the house were closed when you were not around.

And then there are the deer. They are still plentiful, and there are spaces on campus now where they are left alone and protected. The two deer in the picture below are the spotted deer and the blackbuck.

This picture was taken at the campus stadium. One of the deer is an albino. 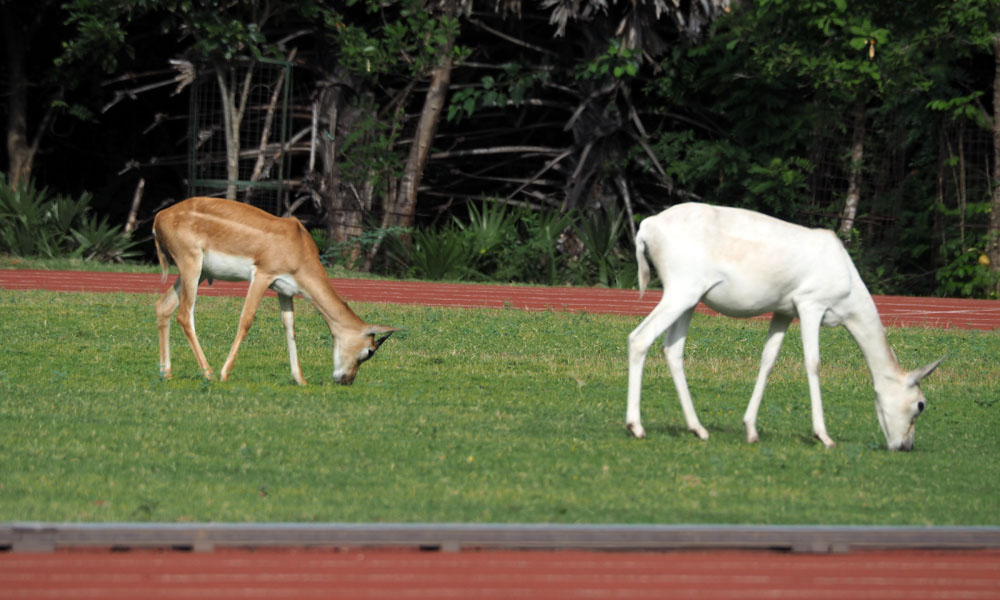 The Gajendra Circle is a familiar landmark of the campus.

My old high school grounds are next to Gajendra Circle. The place looked a little unfamiliar. The small outdoor theater space where we used to have our school gatherings was no longer visible. But there were some kids out there playing cricket – just like we used to do when we were young. Three cricket stumps stood by themselves in the middle of the grounds while the kids played in a corner of the field.

I walked past the Open Air Theater, also called the OAT. 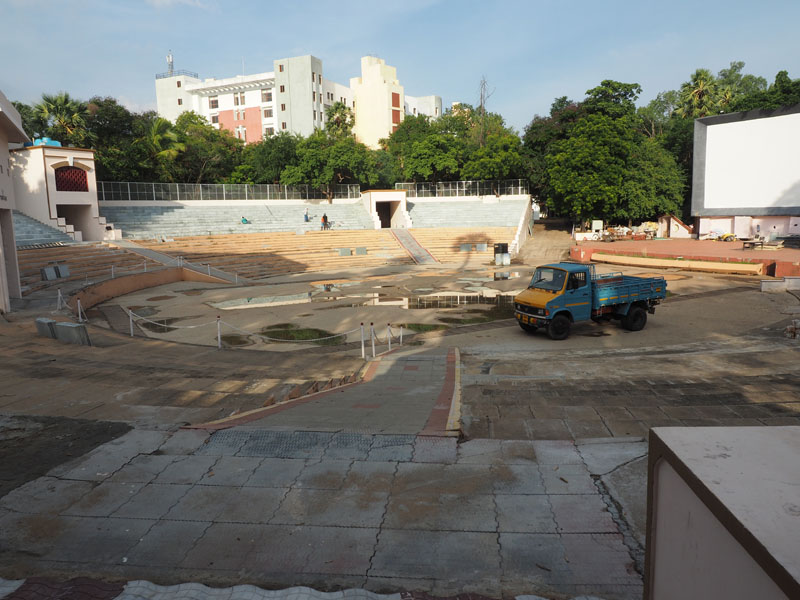 Many a weekend of my youth was spent in the evening in this open space watching English movies out in the open under the stars. The well-built screen that you see to the right of the picture did not exist during my times. Instead, three metal frames would be rolled to the front of the stage and placed next to each other, and a white screen made up of some flexible material (cloth or canvas, I do not know) pulled up and tied to the edges of the overall framework of metal for the duration of the movie. The movie was projected on to the screen from a room above the entrance on the left side of the picture. When watching a movie, the celluloid reel could rip and tear apart once in a while. You could hear the collective groan of the audience – the students and the faculty and staff of the college. There would be delay while the projectionist patched the reel back together. And then the show continued under the stars.

I was hoping to do some birding while on campus. The place has apparently become well known for this activity since I left. I got a recommendation from a friend to go to a swampy area next to the Social Activity Center. I saw a few birds that were less familiar to me.

and this is a White-browed Wagtail. 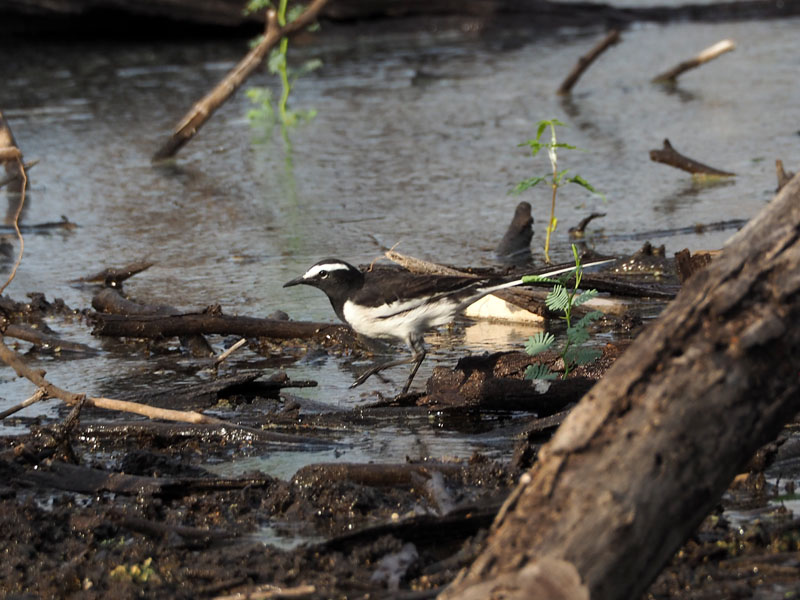 I did cover only a portion of the campus during this walk. I don’t know if I will make it back to visit the rest of it.

It occurs to me that I might be repeating stories of my youth from past blogs which were written during previous trips to the IIT Madras campus in years past. That’s the way it goes!

3 thoughts on “Places Of My Youth”