A winter storm came through on Sunday. I was determined to get back to the towpath before the storm hit. Too many weekends had passed without my having had the experience. I would go in spite of the very cold morning that was predicted. And I was prepared to go by myself if that was the only way to make it happen. 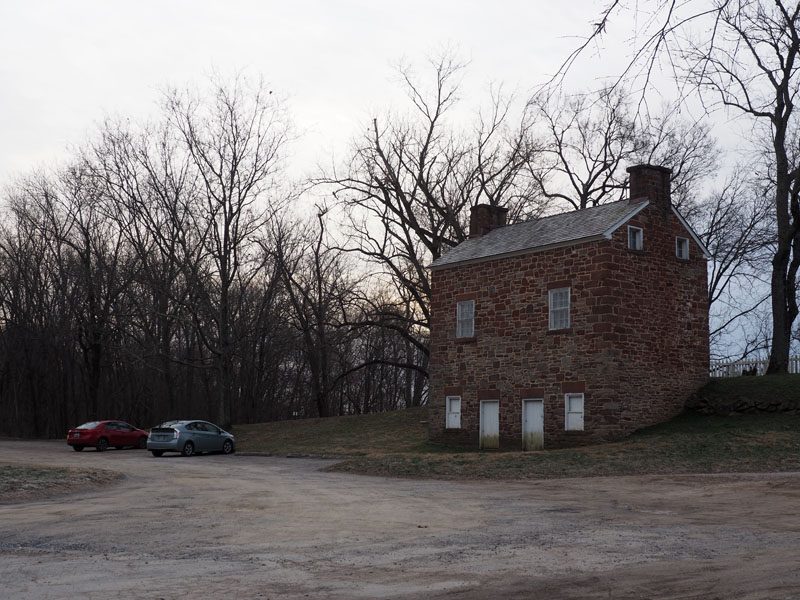 Because of the cold, I took the concept of layering of clothes to an extreme for this outing. Four layers of clothing protected the chest and the family jewels. Two layers of socks and gloves, and a skullcap and a hoodie protected the extremities.

The first thing I noticed was the new bridge over Seneca Creek at Rileys Lock. A closer look revealed that the bridge was still under construction and was closed off. 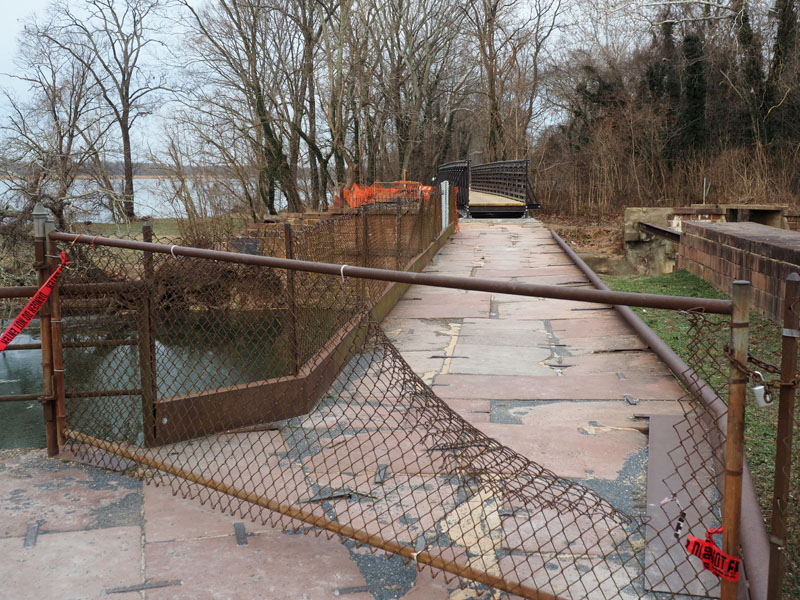 I had no option but to head south towards Pennyfield Lock.

It was a dull and grey morning. The sun struggled from behind a thick layer of clouds that portended the coming of the storm later in the day.

The water in the canal was freezing in sections because of the cold.

The river still flowed freely on the other side of the trail.

The conditions were such that even the little birds flying around the trail did little to raise my level of enthusiasm. Only the colorful cardinals, now clearly visible against the brown of the deleaved plants and trees, managed to draw my attention for an extended period of time. I was not motivated to take pictures, let alone take off my thick outer later of gloves to fiddle with the camera to try to optimize any picture being taken.

Regardless of all my caution, my fingers and toes began to freeze up.

I kept walking along trying to quieten my mind. I only saw one person on the trail during the early part of the walk. His jacket was a shade of blue that caught your attention from far away, especially in the dull brown background. He turned around as I was approaching him and went back the way he had come. I was very surprised to encounter a bicyclist. He came up from behind very quietly when I thought was the only one on the trail. I might have been singing before he warned me of his presence and passed me by.

I was able to eventually internalize and mentally adapt to the cold. I reached Pennyfield Lock and kept walking past the landmark. The place could have served as a milestone to use to turn back to return to my car. My thought when I had left home that morning was that I would see how it felt walking in the cold, and turn back the moment I felt that I was on a fool’s errand and was putting myself in some danger. At that point many of my fingers were still partially numb. Some had reached an intermediate state of pain which I think had to do with the pressure on the blood vessels as they attempted to open up in my fingers. It was actually usually a good sign. I could manage, even if my extremities were not in a completely good state. I had experience with the situation and knew how bad it would get. It also helped that there was no breeze at that point. I still could feel my nose.

It was a little bit after I passed Pennyfield lock that I decided that I would try to cover about 8 miles. It felt doable. I was comfortable.

I turned back at the point where the trail ran next to the cliffs before Swains Lock. I began to encounter more people on the way back to Rileys Lock. As I was not getting good opportunities for taking pictures, the camera went back into the backpack. I decided to start jogging. It was simply something that I felt like doing at that moment. There was no planning involved.

It was a different experience once I started jogging. First of all, the movement and the rhythm of the breathing came easy even though I had not run on the trail for probably a few years. I could keep going, and the going was easy. Perhaps it was due to the fact that I had done some jogging on the treadmill earlier in the week.

And then something magical began to happen. The blood began to flow through to my extremities more freely. I could feel it. The frozen feeling began to vanish slowly, although painfully. Before long, my fingers and toes were feeling fine and I had found a rhythm on the trail. It was a rhythm that I thought I could manage forever. The miles were passing by effortlessly.

It was about 19°F by the time I got back to the car. I was not feeling the cold in the least bit!

It started snowing in the afternoon.

One thought on “The Doldrums of January”