We have known for a few years that the State of Maryland manages a few sunflower gardens in the area of McKee Beshers Wildlife Management Area near Sycamore Landing, one of our starting points for Sunday morning walks along the towpath. The exact locations of the gardens can change every year. The primary purpose of the sunflower gardens is to provide food for birds. That having been said, The Maryland Department of Natural Resources, the organization that maintains the area, allows visitors to the many sunflower gardens, including the one next to the parking lot at Sycamore Landing for the C&O Canal.

We went to see the sunflowers for first time this year. This year, all of the gardens other than the one at Sycamore Landing are accessed from parking lots along a rough road called Hunter Quarter Road. Hunter Quarter Road is a diversion from a main road called River Road. It runs parallel to River Road for a short while. River Road itself runs roughly parallel to the Potomac river. It is the road we take to get to both Sycamore Landing and Edwards Ferry. McKee Beshers WMA occupies all of the space between River Road and the C&O Canal park next to the Potomac River. River Road and the towpath are spaced by a distance of roughly a mile. The wildlife management area is broken up into woods, swamps, and plots of land which either lie fallow or are used for growing plants like corn, and even sunflower. I suspect that some of the plots are leased out to people. This being a wildlife management area, there is plenty of wildlife, including a variety of flora and fauna.

Here are some pictures from the outing!

The following pictures are from the first location that we stopped at. The garden had to be accessed via a trail through a wooded area. 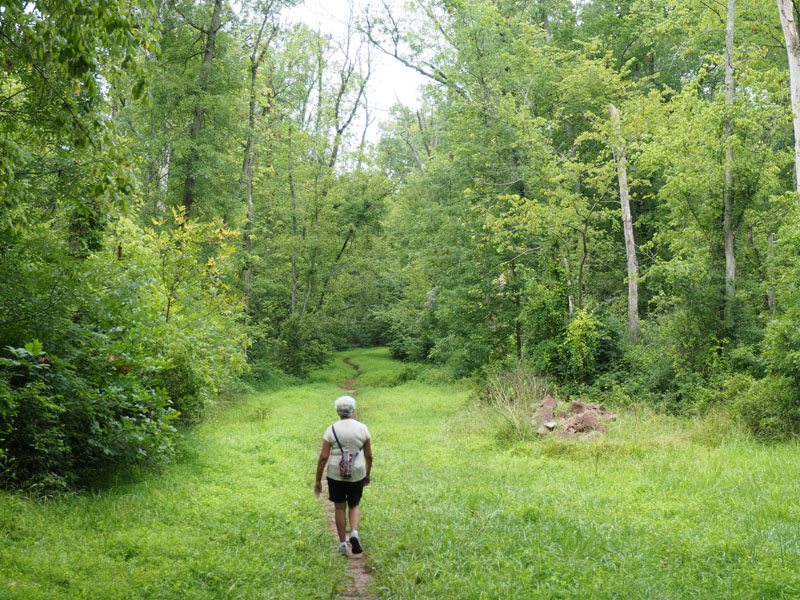 The sunflower garden itself was next to a cornfield. 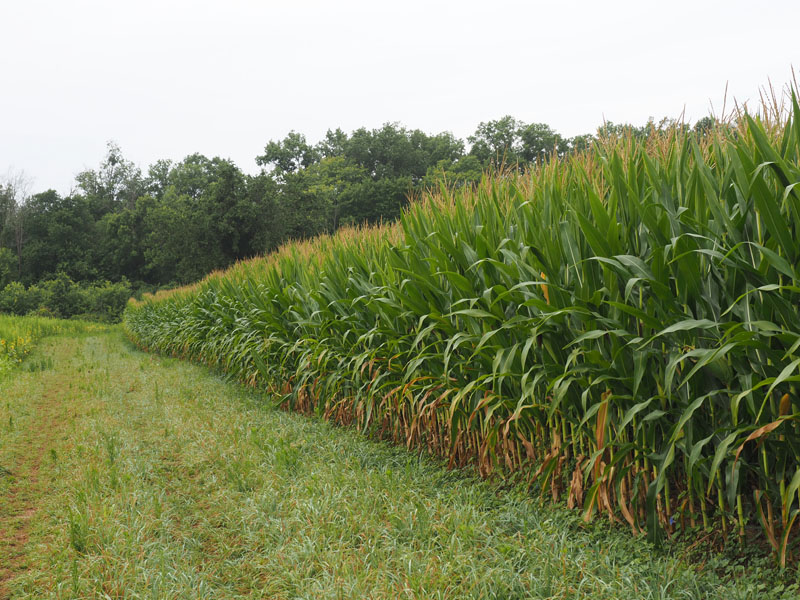 The sunflower plants here were growing in the midst of some other tall wild plants. 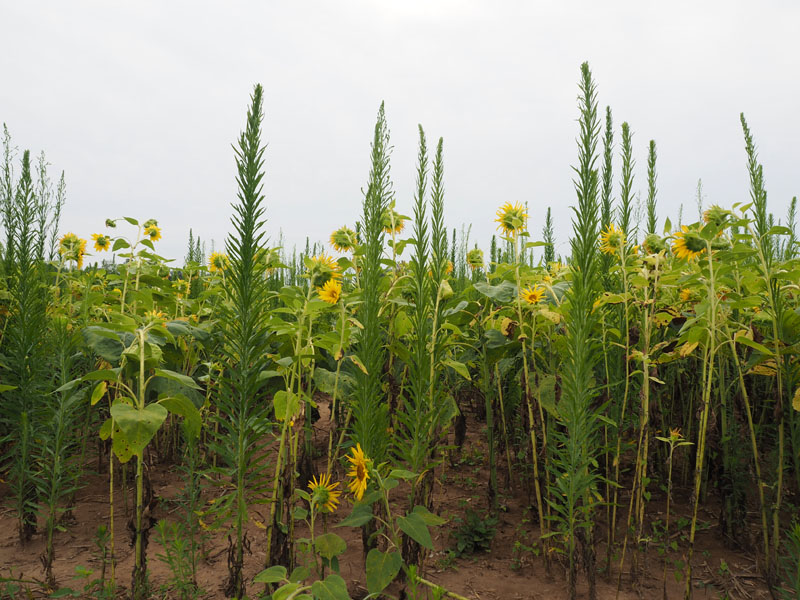 It was still a little cloudy at that time of the morning. We could see the occasional aircraft flying in the direction of Dulles airport.

The sunflowers were easier to view at the second place that we stopped at.

We saw a lot of goldfinches flying around the sunflower field. They would occasionally land on the sunflower plants, sometimes sitting on top of the plants, and sometimes going down into the leaves of plants themselves. They did not stay in any one place for too long.

Beyond the sunflower garden, we were able to follow the pathway in the direction of the Potomac River, all the way to its end. We then had to walk through a field of fairly mature corn plants to get into the woods next to the canal. It could have been a setting for a Stephen King novel. 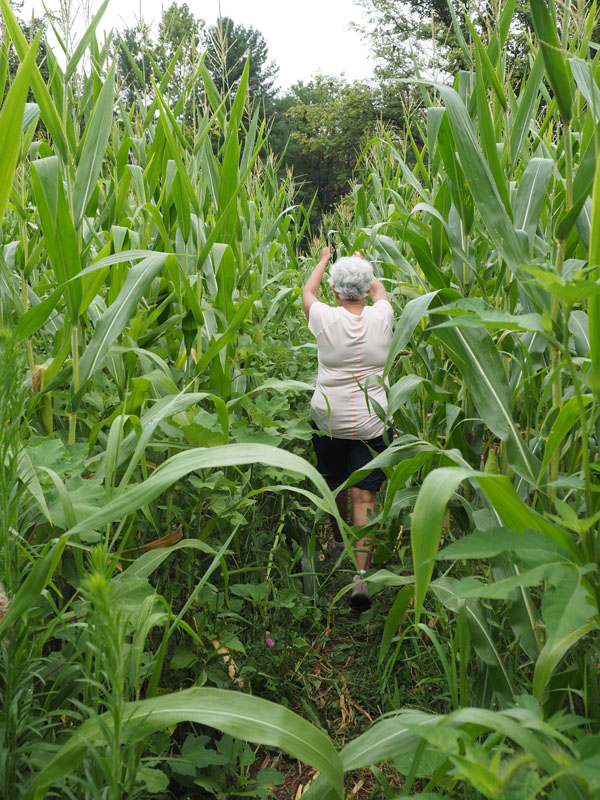 On the other side of the cornfield, a trail led through woods to the prism of the canal and the towpath on its other side, and then the river just beyond.

We did not see any sunflowers at the final place that we stopped at. The pathway in this area lay next to a swamp. There were plenty of interesting other plants to be seen. These are some of the newer ones.

There were also mallows and bindweed aplenty in this last section.

Here is a picture of a bird I do not recall ever having seen before. It was very cooperative when it came to my taking its picture. I have been unable to identify it so far. Notice the multi-colored beak.

We have been aware of the existence of the McKee Beshers Wildlife Management Area for a long time. I have actually studied a map of the area in the past to figure out if there were places to hike. I had been looking forward to exploring this space for a few years. Now it is done thanks to the sunflower gardens! We might return to the place in the future.

This was our first ever visit to the National Arboretum in Washington, DC. It is hard to imagine that we have not visited this place in all the years that we have lived in the area.

Here is a gallery of some somewhat random visual impressions from the visit. It is the season of the azaleas.

Beside the Azaleas, we noticed an abundance of other flowers of the season. I hesitate to start mentioning names because I have already forgotten many of them!

The massive green fields that we walked through to get from one section of the park to another (and from one kind of garden to another) were full of wild flowers like buttercups, dandelions, and gill-over-the-ground. The Anacostia river that flows past the hills of the park in its eastern section, visible below you through the trees of the woods as one hikes the pathways of the park, is one of the many features that lends to the character of the place.

The arboretum is a very impressive place, and very popular with the denizens of Washington, DC. We will probably be coming back again!

We were fortunate as kids to grow up in a university campus in India surrounded by the beauty of nature.  Our house had a yard and we had a garden that was probably the best on campus, with a lawn and garden with all kinds of colorful flowers.  It took all kinds of effort to maintain this garden, but my parents were really into it, and also up to it.

Fast-forward to the present and my siblings and I find ourselves all grown up and in different parts of another country with our own homes and families.  Time passes and things change. Fortunately, we (the siblings) end up seeing each other quite often these days even across the miles that separate us.  But this summer happened to be particularly hectic for me in this regard with four visits to my sister’s place up north.  I always look forward to these visits, although at this point over 4000 miles of solo driving over a period of just a few short months in this regard has taken its toll on me.

One of the things I look forward to during my visits up north is my sister’s garden.  (Well, everybody calls it her garden, but I am sure she has significant help from others.)  It is really magnificent, especially in the middle of summer when all the flowers are blooming.  It is a colorful feast for the eyes. The birds and bees that are there to feast on the flowers are indications of the great shape that it is in.

The pictures below are in celebration of My Sister’s Garden.  They are probably not the typical pictures of a garden that you are used to seeing, but fortunately or unfortunately my camera has a mind of its own. 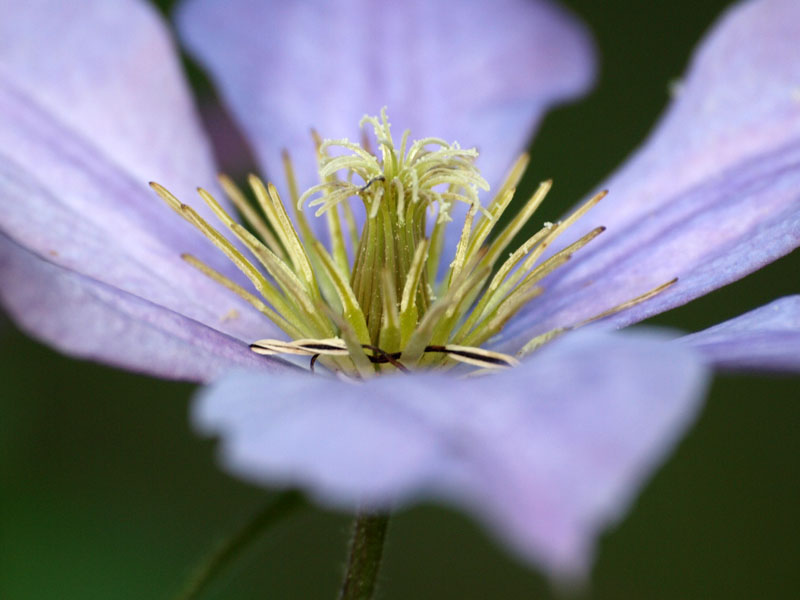