This blog describes the nature of the pictures in my submission for the WPC this week on the topic “Abstract”.

The first and third picture are actually of ice (frost) formed on the windshield of a car on a cold winter morning.  The nature of the  ice pattern that day was unusual.  If I remember correctly, the second of these pictures was taken after I started the process of removing the ice using deicing fluid.

The second picture in the series is of a glass brick on a wall that I saw in a commercial location.  The picture was taken in the evening after sunset.  The glass was reflecting artificial light that was falling on it in a strange way.

The last picture is of a chandelier which hangs from the center of a dome at the Chicago Cultural Center.  The picture was taken from directly under the chandelier.  Here is a picture of the dome taken from the side.  You can see where the chandelier is suspended from. 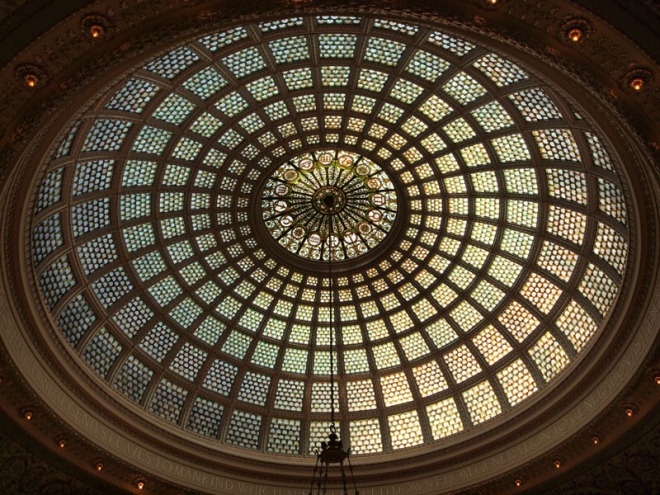