We spent a couple of hours (literally speaking) in downtown Huntsville, AL. I think that is sufficient time to see this particular area of town and get a good feel for it.  The downtown area is small.  The place reminds me of other small places with downtown areas that are recovering from hard times.  The buildings are old, and perhaps historical.   The central area in Huntsville is dominated by the Madison County Courthouse, a building whose design leads me to believe that it was probably a product of the 1970s, a time when public buildings seem to have been designed to be primarily utilitarian and functional, and not very noteworthy from an artistic perspective when seen from the outside.  The buildings around the courthouse in Huntsville house small mom and pop boutique stores and restaurants, and lawyers’ offices.   Old people lounge around in the benches watching the tourists.  Young people with laid-back attitudes serve you in the restaurant whose outdoor tables are painted in psychedelic colors.  I have seen this kind of a scene in other small towns with rundown downtown areas.  Perhaps these young people with their seemingly simple lives and a straightforward attitude will bring a rebirth to these towns.

The Harrison Brothers Hardware Store lies to the south of the courthouse.

It is a historical facility that still functions as a store today, and in some sections of the store you can see shelves and tables stacked up the way they used to be in past times.  But the thing that got me was the historical cash register which is still being used!   The metal work on this piece of hardware is something to be seen from close up. 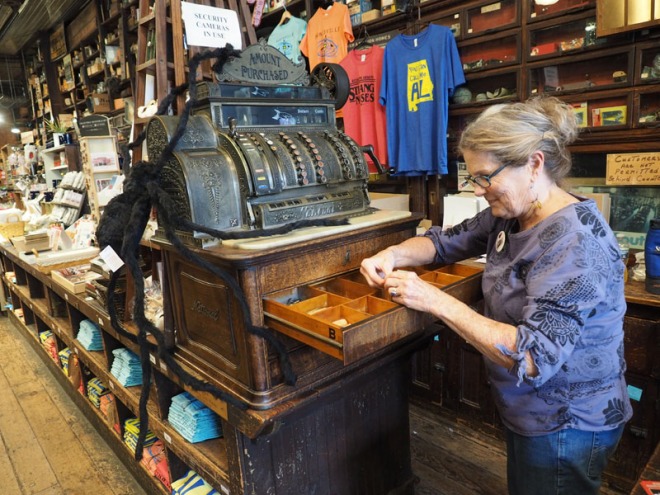 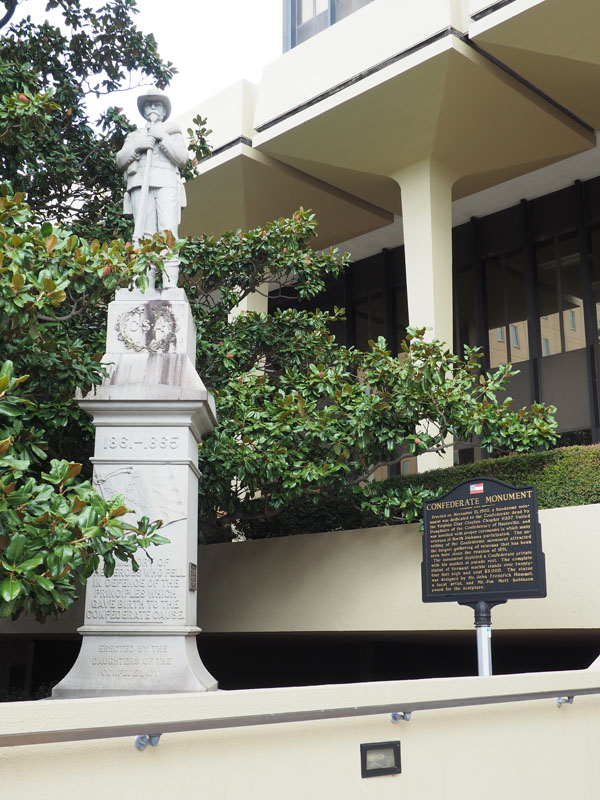 Statues like this started coming up all over the south in the early 1900s, well after the civil war was over.  From what I understand, they were built primarily by a group called the United Daughters of the Confederacy.   Unfortunately, these statues have now become an uncomfortable reminder of our still ongoing issues with race, one of the major issues of this country that the civil war sought to address.  Statues of confederate leaders are being torn down from many public places today, mostly in the north, because they are symbolic of our ongoing societal problems.  It will probably be a while before such a movement takes hold in the southern swathe of this nation.

Huntsville is also called The Rocket City, and it is the place where the American space program got its beginning.  If you are visiting the city and have time to spare, there are things to be seen in this regard.  We did not have the time.