We made two trips to the towpath this week. First, there was our usual Sunday morning walk – this time from Point of Rocks to Catoctin Aqueduct and beyond. And then, with new bike in hand, and the old one back in the hands of its original owner, we went out together for a bike ride on Wednesday. We rode upstream from Sycamore Landing to Whites Ferry and beyond. I am hoping that joint bike rides along the towpath will also become a regular habit going forward.

But the idea of joint bike rides has also opened up another issue to consider, one of transportation of bikes on the back of the car to whichever place we happen to be going. Carrying two bikes is more problematic than carrying one. Fortunately, we did manage to carry the bikes on the older Honda using the original trunk mounted bike rack that we have had for many years. We were successful in spite of a broken rubber strap on the carrier. Since that strap was meant for the bike that would have to be placed in the inner position, closer to the car, it turned out to not be a critical issue. The bike in the outer position was secured and we made sure that the one in the inner location did not move. Nevertheless, I was extra cautious about the bikes on the back of the car while driving. I had visions of bikes flying off the back just because I had forgotten to consider some aspect of the process of tying them down.

We still have to figure out how to carry the two bikes on the Prius. The shape of the rear end of the car makes it impossible to use a regular trunk bike carrier.

We started the walk last Sunday very early in the morning since we had a later engagement. Water levels were back to normal at Point of Rocks. The brown color of the water from the sediment being carried during the flooding event had vanished. You could see the clumps of mud that the overflowing river had left behind around the boat ramp. The mud made things slippery. 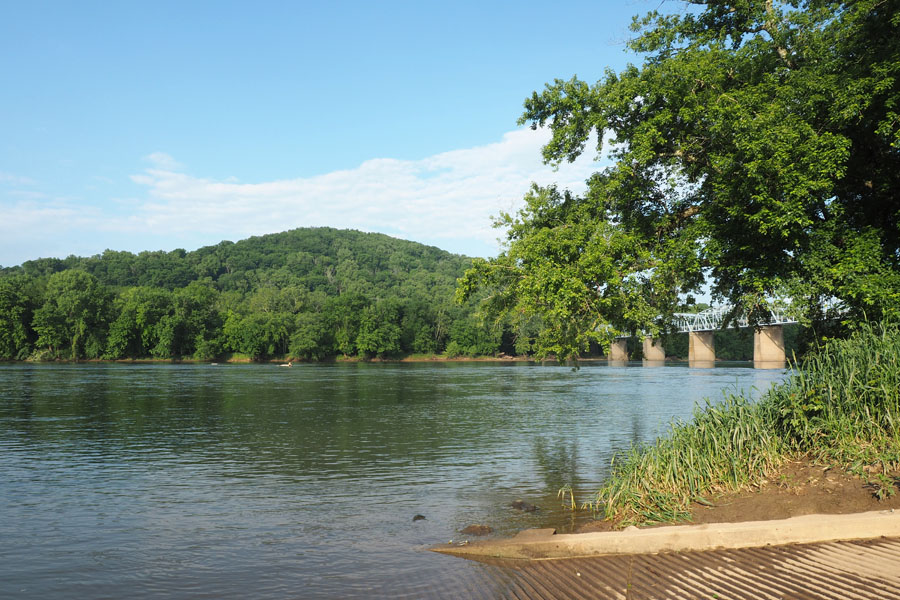 It is always nice to see the bridge across the river at Point of Rocks in the morning light. 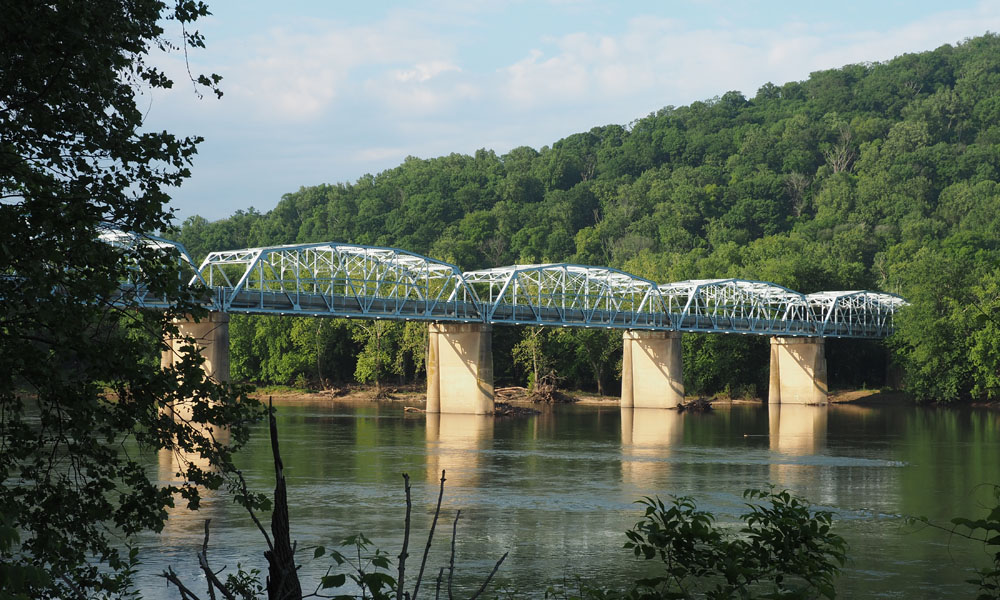 This is the entrance to the first of two tunnels for the railroad just north of Point of Rocks. 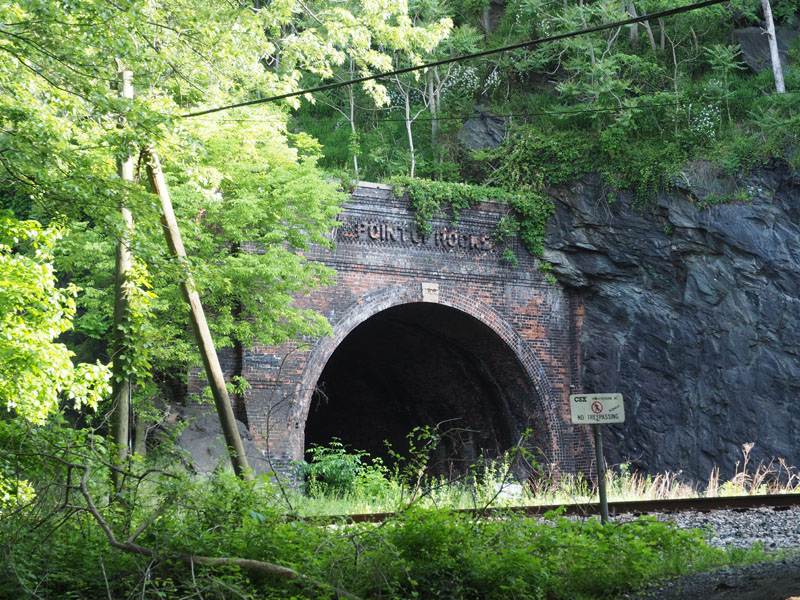 The tunnels are a result of the lack of space for both the canal and the railroad tracks beside the river at the time when both of these entities came into existence. The C&O canal and the B&O railroad companies were in competition with each other in those days and this was a compromise that was forced on them by the authorities. At the end of the day, over the long run, there was really no competition since the railroad provided a much more cost effective solution to moving goods and people around in these parts.

It was rather chilly when we started our bike ride on Wednesday. (A few days earlier, we were using the air conditioner in the house. The weather pattern has been crazy recently!) We rode our bikes for a few hours and did warm up during that time. It has been a few years we have last went out on a bike ride together. Some things needed to be relearned. There were adjustments to be made. One had to become familiar with the bike once again. In the end, everything went well. There was the expected soreness that a first timer can expect to experience after the first ride. 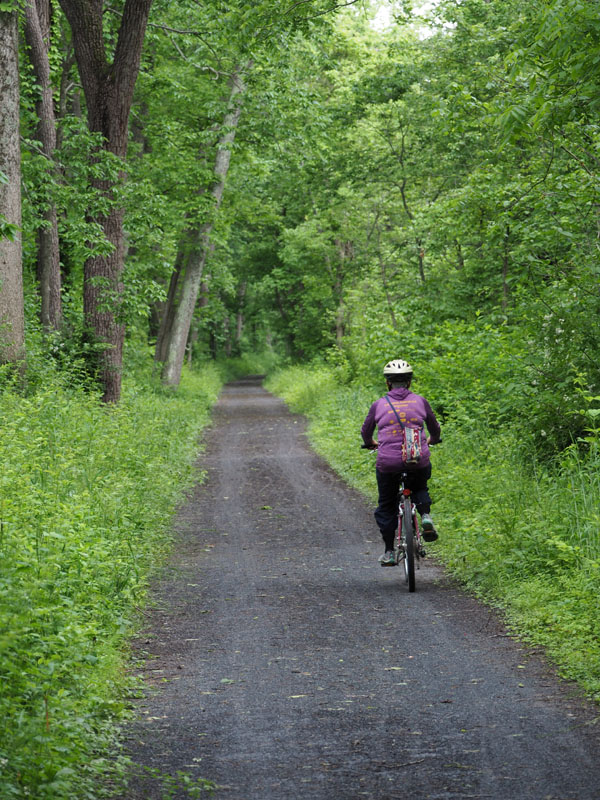 It was sad to see the Jubal A. Early “beached” like a dying whale during our rest stop at Whites Ferry. 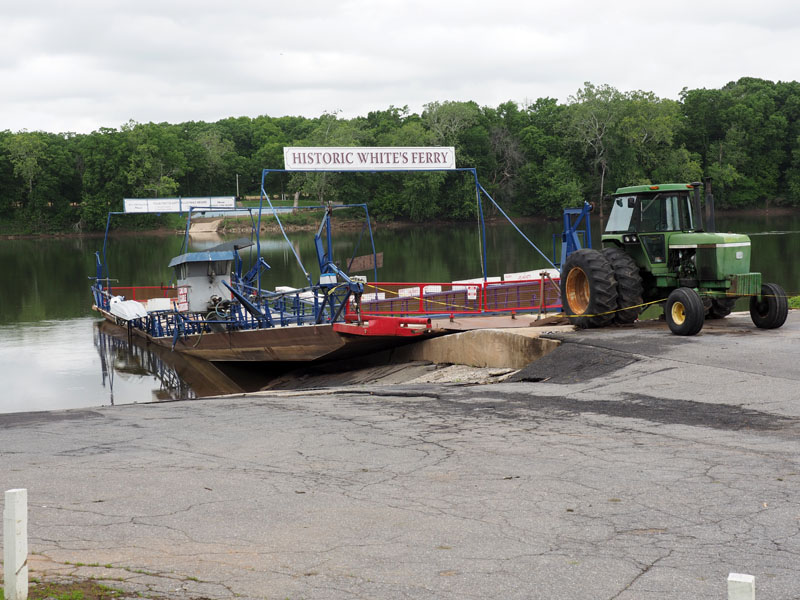 The ferry service has been closed since December 2020 because the operator lost their landing rights on the Virginia side of the river. There is a conflict between the owners of the land in Virginia and the owners of the ferry. Ownership of the ferry has changed more recently, but the new owner has also not been able to find a solution. The issues involved are proving to be intractable and difficult to resolve. The local governments are also eager to help resolve the issue because the ferry was still being used as a commuting resource by people living in the area working on the other side of the river. This ferry service had been operational since 1786, and it is (was?) the only remaining ferry service across the Potomac river. I hope they can reopen.

On a different note, the flooding that happened a few weeks ago has caused severe damage to the trail upstream of Whites Ferry. 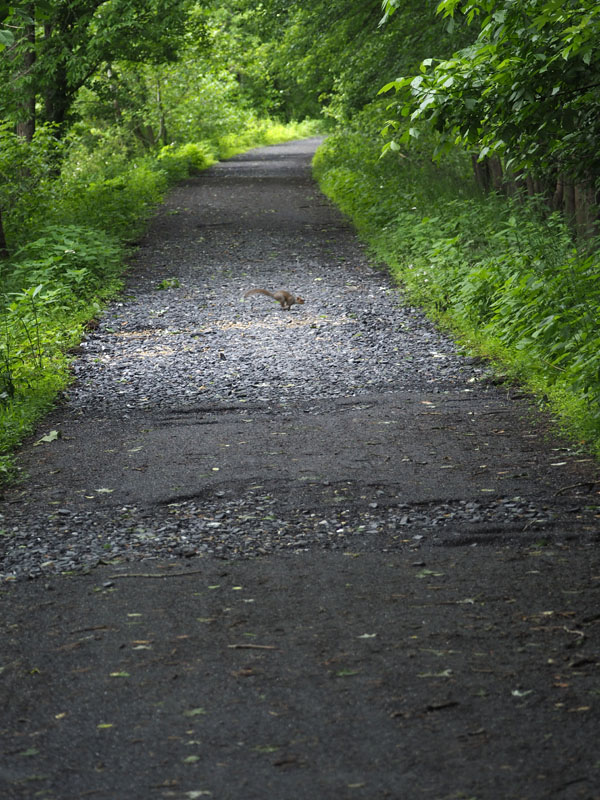 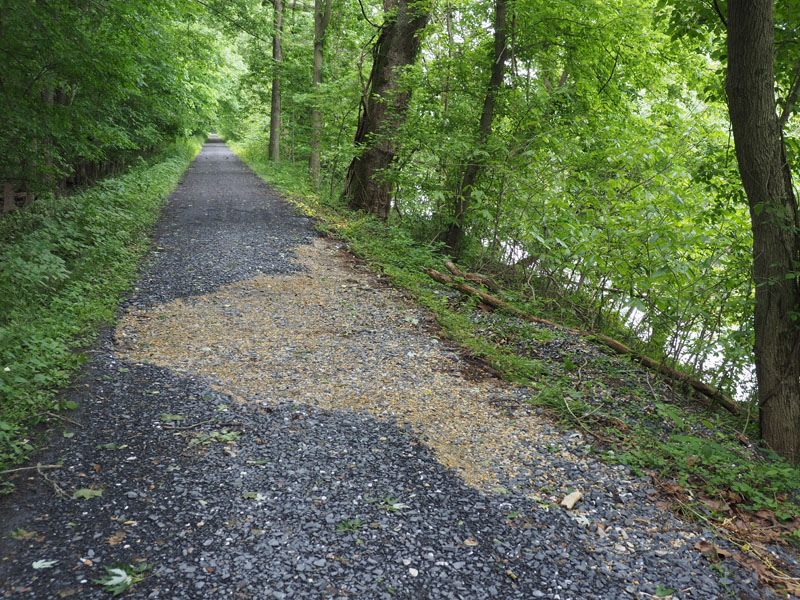 I remember there having been issues like this during past flooding events. The newly refurbished and reinforced trail seems to have been no match for the force of the water flowing from the canal bed across the trail. I feel that some other approach needs to be taken to mitigate the problem.

The white Rosa Multiflora flowers seem to be dominating the canal scene in these parts these days. The flowers of Spring are slowly fading away. 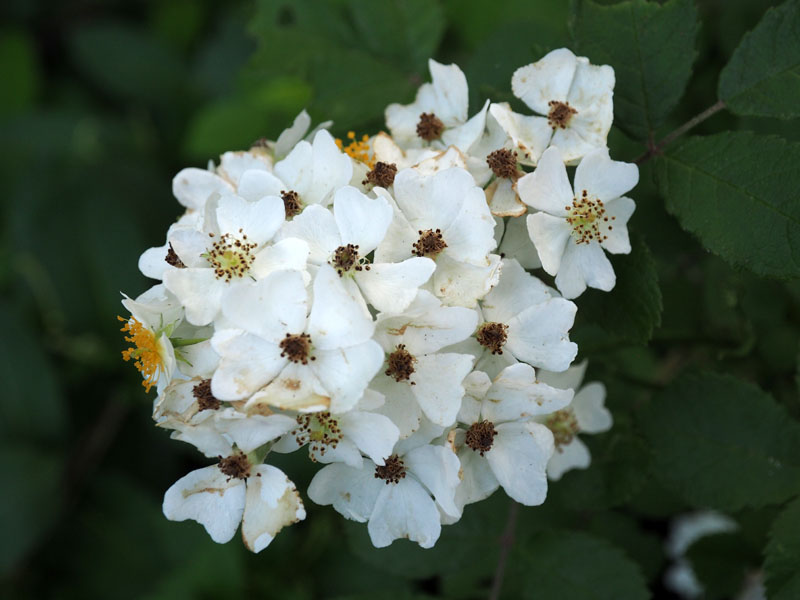 These pictures were taken during one of our Sunday walks towards the end of May.  The aqueduct carries the C&O canal across the Monocacy river.

This kind of flooding happens every once in a while, and most often during the spring season when we get a lot of rain.  The accumulation of the debris is somewhat unusual.  The last time it happened they had to bring in heavy equipment to remove the tree branches that were caught on the structure of the aqueduct and putting pressure on it.

The following picture was taken during the same walk at a different location on the trail.  This is upstream on the Potomac river.