This was a day of amazing experiences, riding about 60 miles from Confluence in Pennsylvania to Cumberland in Maryland.

It was still misty and cloudy outside when we started our ride from Parker House after breakfast at Sisters’ Cafe in what remains of downtown Confluence. 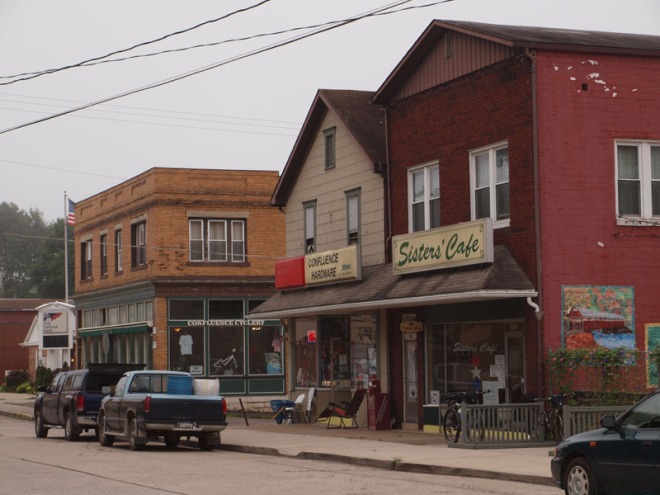 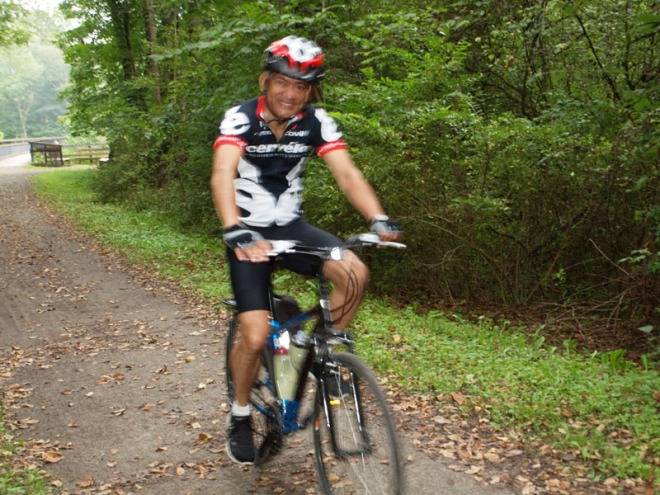 The mist cleared and we were soon riding under clear skies.  This is a view of the Casselman river from one of the bridges we crossed.

This is the Pinkerton tunnel, opened only last year.

We stopped in Rockwood, PA for ice cream.  The surroundings are beginning to change. We had been riding in the woods beside rivers.  From now on it was farm land. 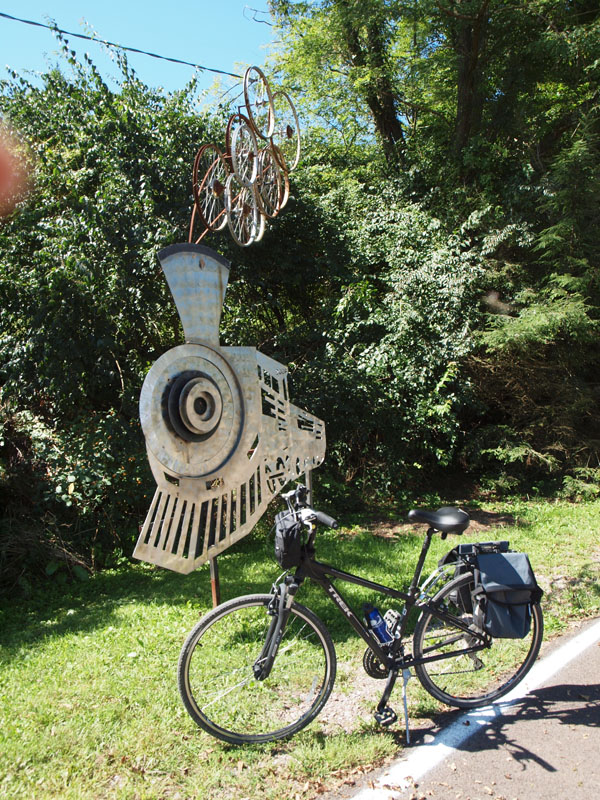 This is a random shot of a touch me not flower.

We met some interesting people. Jim, in his 60s, was into extreme outdoor exercise.

This is what you do to take care of the pain in the butt.  We took a few “butt breaks”.

We have left the woods and are the riding past farms and fields at this point.

Crossing the Salisbury viaduct with the Casselman river below us. 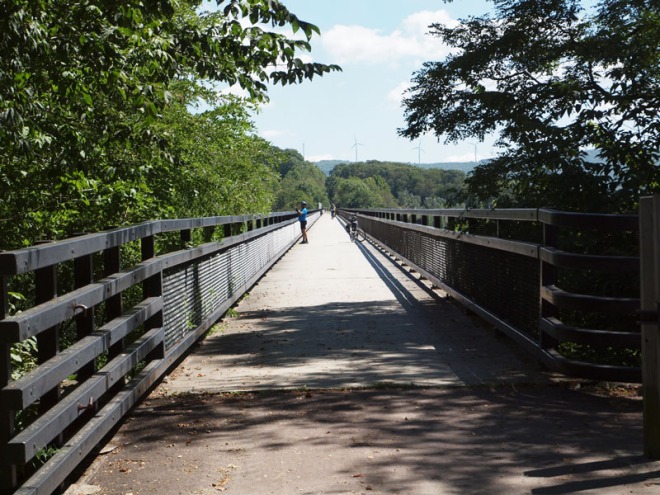 These two gentlemen are friends from back in the Vietnam war days in the army.  They have amazing stories.  They do a lot of riding all over the world.  Really remarkable ordinary folks! 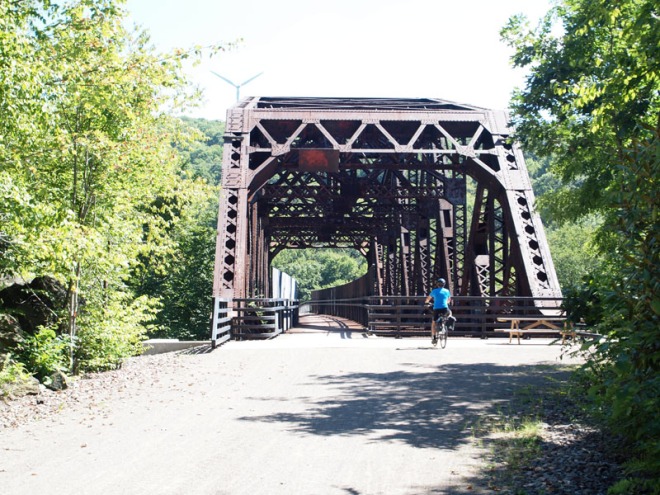 Calf with an interesting face. 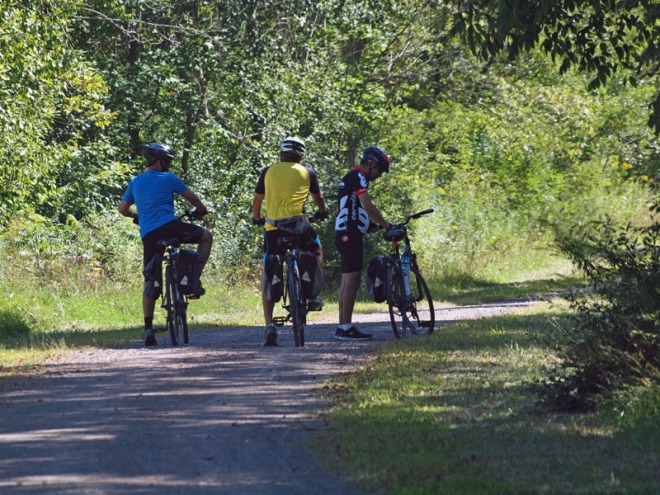 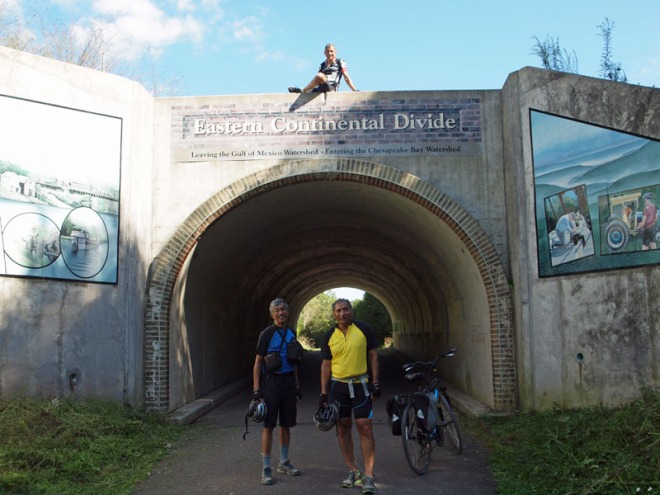 View on the other side of the tunnel.

And then we were crossing the Mason Dixon line into Maryland.  It was all downhill (in a good way!) from then on.

We went through a few tunnels.

After Frostburg, MD, we continued careening down the hill beside railroad tracks. There is usually a tourist train that runs between Cumberland and Frostburg during the summer, but the line looked like it was in a state of disuse.

And then we were in Cumberland at the start (end?) of the Great Allegheny Passage!

The following picture was contributed by Ramgopal from his camera since I was not carrying mine.  We ended to evening with dinner at the Baltimore Street Grill.  It was Koushik’s birthday present to Shankar.

And now it is onward to the C&O canal towpath!