The day of the March Equinox (the Spring Equinox here in the northern hemisphere) finally arrived last Saturday in our part of the world. Daytime and nighttime are roughly of the same duration anywhere on the earth on that day. From now onward, until our autumnal equinox, the length of the days will be longer than the nights in the northern hemisphere. It feels like we have crossed some threshold in our seasonal expectations. It is all mental.

The temperature was at just about freezing point (32° F) when we started our walk at Dargan Bend, just north of Harpers Ferry, on Sunday. It felt quite cold as we waited for the sun to rise over the ridge behind the parking lot. Meanwhile the sun had already risen over the West Virginia shore of the Potomac. This picture was taken from the boat-ramp to the river at the parking lot. 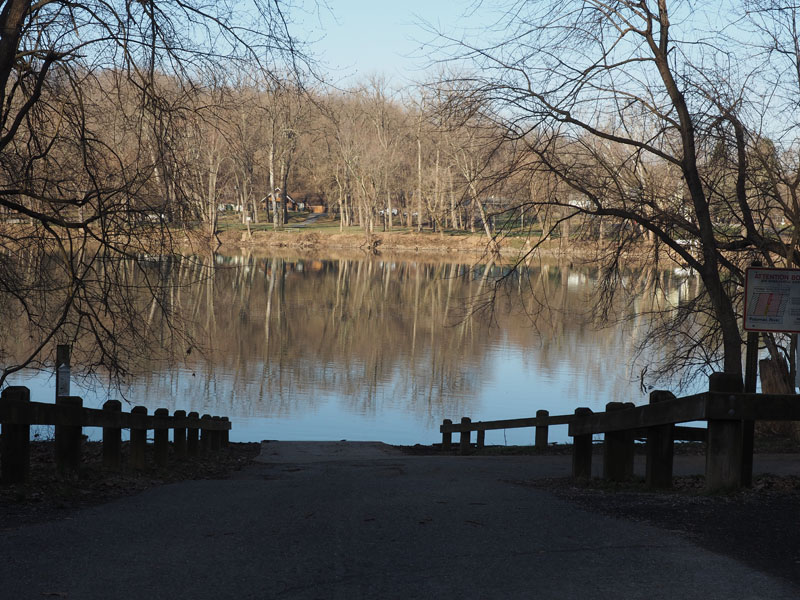 There was a cool breeze that was blowing in our faces as we walked in the long shadows of the tall trees that lined the trail. It actually created a wind-chill. I needed to put on an extra pair of gloves.

We headed off north towards Antietam aqueduct.

Thankfully, it warmed up quickly. It was about 60° F by the time we finished our walk. We had worked up a sweat by that time. More than 8 miles of walking was undertaken, and we were actually not feeling too tired. We ended up not making it to the aqueduct, falling short by probably much less than a mile.

I have run past the parking lot for the boat-ramp at Dargan Bend in the past, but have never actually stopped to park a car here. I used to park in one of the parking areas right across from Harpers Ferry, just below Maryland Heights, when I used to visit the area. But these parking areas have now been blocked off for safety reasons. Dargan Bend happened to be one of the two parking spaces closest to Harpers Ferry. Hence the decision to check it out.

The last time I went through this area was in 2016, during my bike ride. It had been an even longer time since I covered this section of the trail on foot. That could have been as far back as 2011. It was nice to experience the resurfacing work that has been done recently to improve the trail. 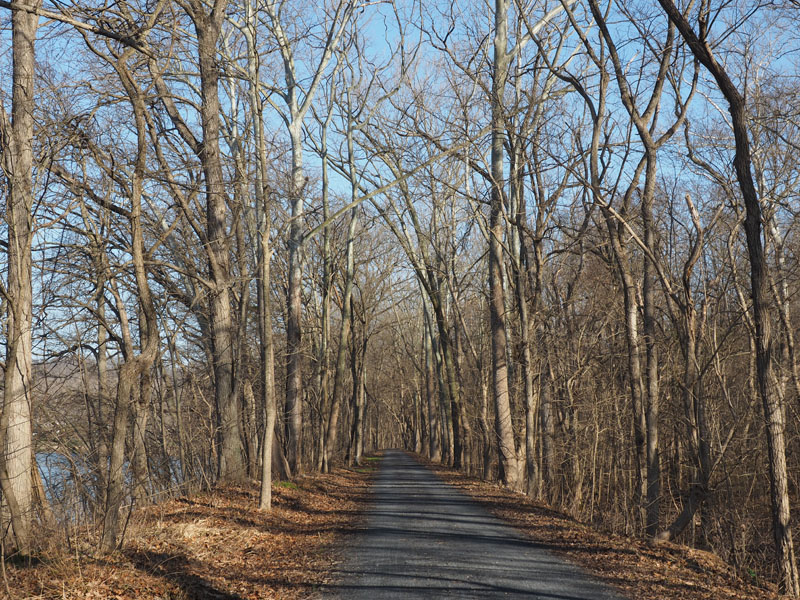 It is smooth all the way to Shepherdstown.

We saw Spring flowers for the first time this year along the canal during this walk. That experience in itself is uplifting to the spirit. There is the expectation of more to come. This particular growth is called Bloodroot.

We walked past an area where the trees were covered by what looked like English Ivy.

It felt strange to see all the green here when the rest of the spaces we were walking through were completely brown. It even looked this way in the woods beside the trail!

There was one lock in this section of the towpath. You can actually drive to this location and park there before getting on the trail.

We were lucky to see a hawk’s nest. We located it by tracking a bird that was flying toward a tree with something in its beak. There was probably a young one in the nest.

Also of note in this section are the remains of the old Shinhan Limestone kilns. Apparently, this place used to operate until the 1960s. 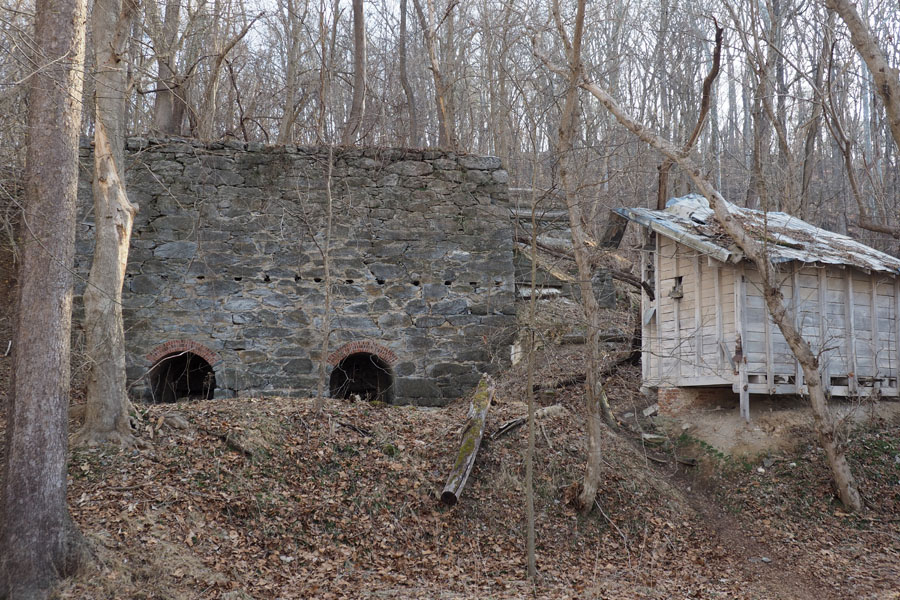 This was a magnificent morning walking along the river – as usual!