Even though I know that all of this will go away eventually, with or without my presence, I get more and more discouraged with time as the scourge of the coronavirus continues to keep us in its stranglehold.

Even as we see acts of humanity and kindness, of cooperation, of people coming together, of heroism, in our midst, I find that, as a race, we are extremely discordant in our collective approach to tackling the global issue of the pandemic that has been unleashed on us.  Generally speaking, we are on our own.  Led by the example by the world’s wealthiest nation, we are not interested in a common strategy to minimize the impact of this contagion.  The impact on less well-off people and nations with less resources is not for us to worry about.  And some leaders – some political strongmen – are even taking advantage of the situation carry out other destructive agendas of their own, in other ways, while all of this is going on. Many of our leaders have blood on their hands for sure.

But, as is very obvious to me, life is still also going on outside of our selfishness and incompetence.  I only have to look around my neighborhood.  Spring is here! 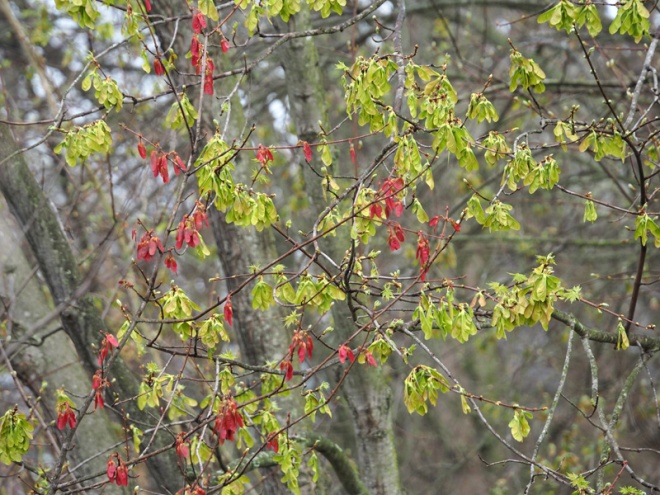 The deer seem to enjoy the spring growth that falls to the ground from the maple trees.

The cherry blossom tree in our backyard has blossomed.

We encountered this little snake while walking in the neighborhood.  It appeared to be basking on the pavement. I think that it is a juvenile that has not yet gotten its markings.  (You can see the beginnings of some markings on the face.)   The snake did not seem to know enough to get out of the way of the walkers on the pavement.  I had to gently encourage it to get off the pathway.   Whether one has really helped, one never knows.

And then, the Sunday walk in the park only served to further confirm to me our own insignificance in the scheme of things.  Life and death can go on in its own way without our interference, and this is very obvious in Spring.  There is no need for human intelligence to get in the way.

You can make out the green beginning to reappear on the trees on the towpath.

The Common Starling in the picture below was dancing in front of a hole in the trunk of a tree in a very odd way.    It could have been the location of a nest.   This is the time for many birds to mate.  We saw two bald eagles flying around on the Virginia side of the Potomac.  There could have been a nest in this area.  Then, there was the Canada Goose that had parked itself on the trail.  I was worried that there was a nest close by that the bird was protecting.  Fortunately, the bird was not aggressive, and simply went into canal as we approached.  I had a stick in my hand – just in case! 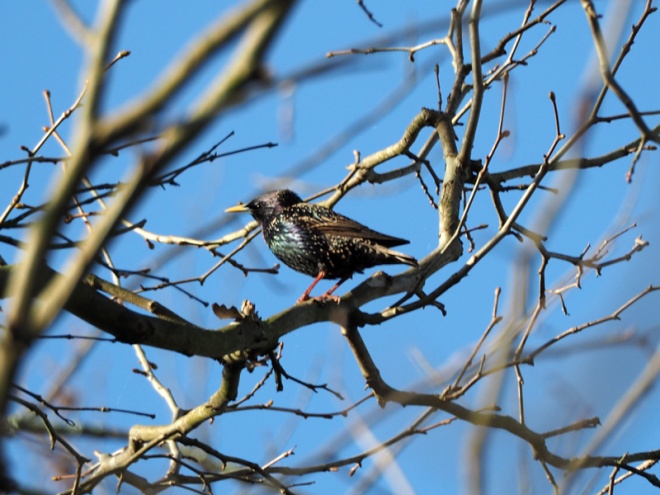 The early morning reflections in the ever-so-still waters of the canal were uplifting. 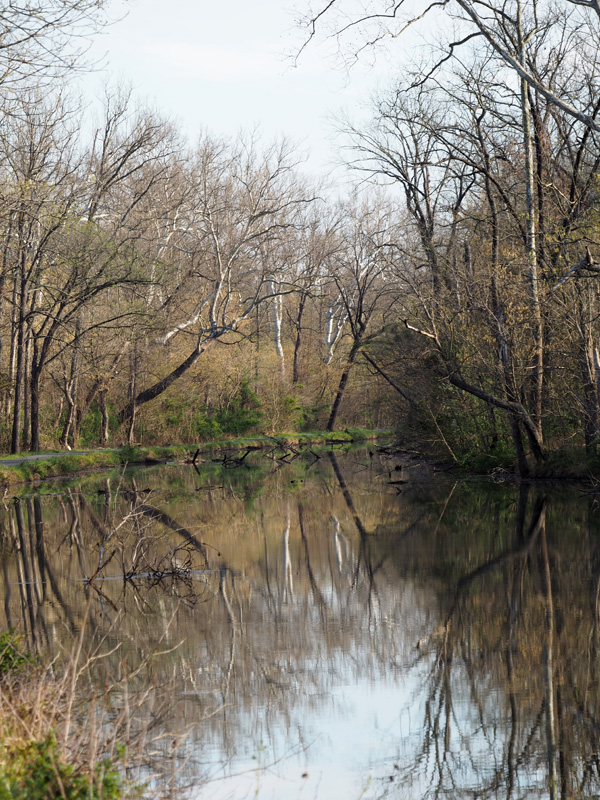 Other curious and noisy birds were everywhere. 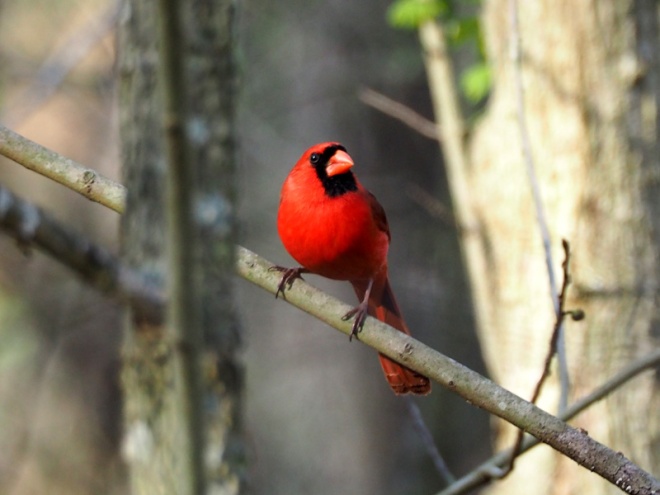 The Virginia Bluebells were in full bloom.

This is one of the many different kinds of woodpeckers in the park.

I did not expect to see as many turtles are we did.  This section of the canal contains water that is somewhat warm because of the runoff from the Dickerson Power Plant that is next to it.  That might have been the reason.

These turtles seemed to be lining up to climb to the top of the branch that had fallen in the canal. To the eyes of this human, it looked like they were trying to conquer a peak.

This turtle simply watched me as I took its picture.  Many others slid into the waters at our approach.

We even saw butterflies, including this swallowtail. It is a little early in the season for them.

The Spring Beauty flowers had actually opened out to face the sun.  Last week they were all folded up because of the cloudy weather.

Getting back to the ways of the rest of us residents of this planet, a wise man who shall remain anonymous came up with the following prayer:

Dear God,
Trump and corona at the same time on Earth???
Why???
Let me know if you need advice on timing your challenges for us in the future….
Just saying…..
Peace be with you,
Amen

I think we all have to find our own way to keep the faith.  Humor helps!